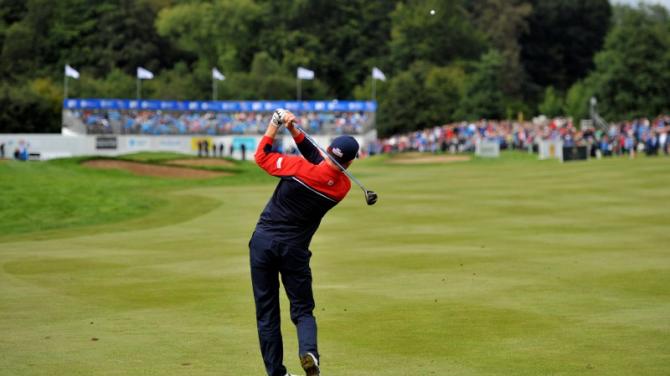 To be in with the chance of winning the tickets all you have to do is like and share this link.

The winner will be selected randomly and then announced.

A little bit of history will be made when the ISPS HANDA World Invitational, presented by Modest! Golf gets under way at Galgorm Spa & Golf Resort where men and women will compete alongside each other and for equal prize money.

The World Invitational, at Galgorm Castle and Massereene Golf Clubs, is a first of its kind event in Europe and organisers have paved the way to create this exciting new international tournament where competitors from over 30 different countries have already registered to play.

The event formerly known as the NI Open, and the best attended event on the European Challenge Tour, will now see some of the best professionals from the women’s game also compete over two venues, Galgorm and Massereene Golf Club.

“We have created the opportunity for women to perform on the same stage as men and compete for the same prize fund,” explained Niall Horan, owner of Modest! Golf. “I am delighted so many women professionals from around the world have already seized the opportunity to compete in the new World Invitational.”

Modest! have been involved in tournament golf at Galgorm for years.

“We wanted to create something different, something unique, and with the help of ISPS HANDA we’ve achieved that through the World Invitational,” added Horan. “Our company ethos is simple; we are trying to grow the game and to look out for the next generation of player. We achieved that in the men’s game with the hugely successful NI Open and now we have provided a wonderful opportunity for women professionals to compete alongside the men.

“With such an exciting new format and a packed schedule of events planned for tournament week, including live music acts and more, we continue to help grow the game and attract new audiences.

“I’ve said it before, but I actually think this is a bigger day for European golf than we think,” enthused Horan.

“We are delighted to be partnered with ISPS HANDA who have an international reputation for supporting golf around the world,” explained Mark McDonnell, Modest! Golf Director.

For those not lucky enough to win tickets in the Guardian competition, they can be bought at worldinvitational.golf where spectators can take advantage of the early bird offers and be part of another exceptional week for Irish golf.