Trio off to World Dodge Ball finals in NY 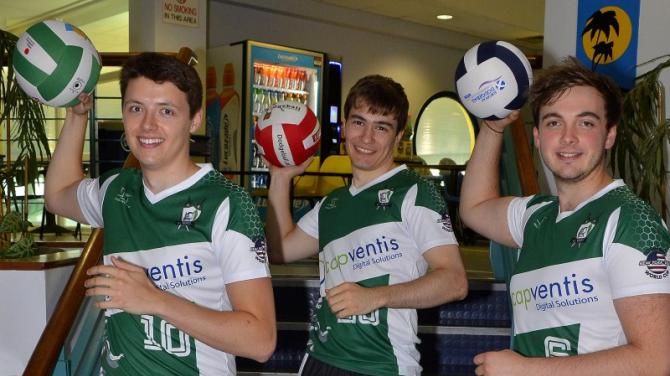 McAllister, also 23, is from Ballymena and plays Middle while Murphy (23, who is from Kells, plays Wing.

The trio fly out to New York tomorrow (Wednesday, August 1.

They will be playing at Basketball City NYC on Friday (August 3), and August and at Hulu Theater at Madison Square Gardens on Saturday (August 4).

Northern Ireland came second in the European Championships last year and the team was honoured to receive the Nicholas Pinnock Fair Play award, which qualified them a place in the upcoimng World event.

The’ dodgeball three came up through Cambridge House together and then onto Queen's University Belfast where they joined the University Dodgeball Team.

They were part of the NI side which won the University Championships in 2016 over in England.

The three have also been in the Northern Ireland Knights since 2014, when they first represented NI in the Six Nations.

This was followed by the European Championships in Austria.

The first Dodgeball World Cup was in 2016 in Manchester where NI was they were narrowly knocked out, in overtime, by Australia in the quarter-finals.

In this tournament NI notched up wins over Scotland and the USA and played a close match against Malaysia.

In New York NI will be up against teams from Austraila, Austria, Canada, England, Hong Kong, Egypt, Malaysia the Republic of Ireland and Singapore.

Meanwhile, Shannen Smyth from Kells was unlucky not to have qualified herself for the New York trip.

The 23-year-plays on the NI Ladies dodgeball team

Shannen, a former pupil at Ballymena Academy, went on to study at Queens.

The winger plays for Northern Ireland Knights and competed before in the European Championships, and the first World Cup.Unfortunately this time they failed to qualify for this year’s showpiece in New York.