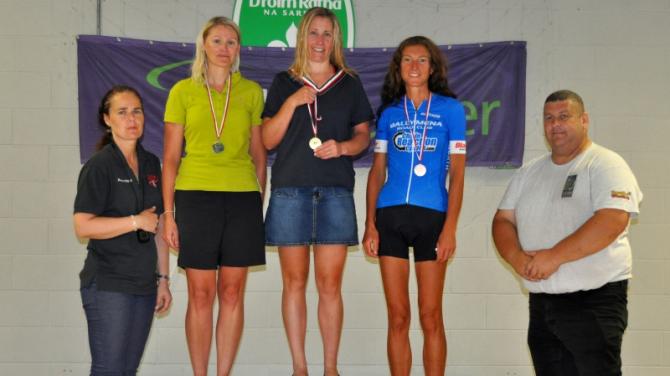 The sprint distance triathlon includes a 750metre swim in the river bann followed by a 12mile cycle and then a 3 mile run.

Rob fell off during his cycle and still got up to claim first place!

In the Masters womens event Joanne Regan took third place and a bronze medal with a time of 70mins 32secs. Not letting the ladies have it all their own way Hand cyclist Darrell Erwin received a silver medal.

Richard Maybin was unlucky not to claim the top spot at the Foyle GP at the weekend in Killea County Donegal. Richard was beaten to the line by Commonwealth Games cyclist Marcus Christie leaving the Ballymena man to take a well earned second spot after 70 miles of hard racing. This Wednesday will see the Gardiner Cup raced for on the Frocess circuit. The 10 mile TT will start at 7pm with sign on from 6-15 at Carnlea orange hall.