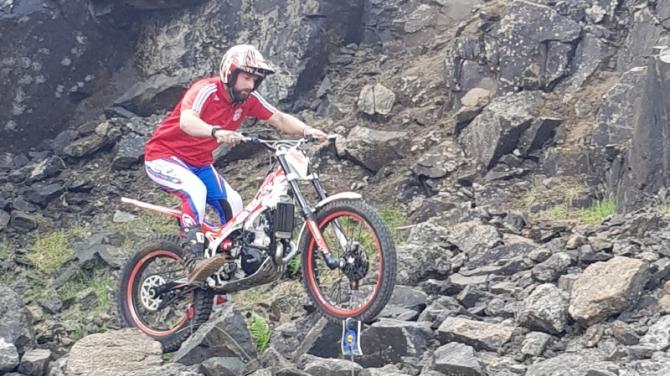 ON Saturday the Mid Antrim Motor Club Off Road Section ran their Annual Summer Trial which was held at Ballynulto Quarry just outside Broughshane.

With the good weather the trial attracted 57 riders to compete on the day. In the expert grade it was local man and club member William Dickey Jnr who took the overall win with losing 20 marks.

In the Clubman class there were few marks lost with Roger Singleton taking 1st on 2 marks, 2nd place Josh Pyper on 3 and 3rd placed Mark Crothers on 9 marks lost

. In the Sportsman grade there was a 5 way tie for joint 1st place with Darren Pyper, Gerry Mills, David Glasgow, Keith Lappin and Alistair Galloway all completing the trial with 0 marks lost.

Second place was Brian Crawford to Nigel Mowbray on both 1 mark lost.

In the Youth Grades Aimee Evans won Youth A on 92 marks lost.

Second was Mason Crawford on 45 and 3rd was Shannon Smyth on 56.

The Club would like to thank landowner Nelson Stevenson for the use of his land, also to everyone who helped before and after the event and also to all observers who helped on the day without this help they could not run a Trial.