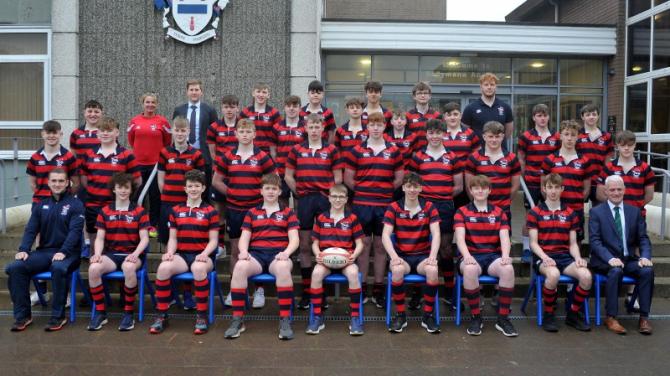 They booked their spot recently with a 24-19 win over Royal School Armagh in Lisburn in the semi final.

Head coach at Academy, John Andrews, told Guardian Sport on Monday that the Medallion squad have a full panel to pick from after their tough semi-final win against Royal.

“Training has gone very well over the 10 day period in the lead up to the game with the last pitch session scheduled for yesterday afternoon,” outlined coach Andrews.

He outlined that Academy are meeting the pre-tournament favourites in the show piece final.

“The Ballymena Academy Medallion will be underdogs going into the game but that has been the case the whole way through the tournament,” said Andrews.

“We hope to upset the odds one more time.”

Meanwhile, Coach David McClelland has been very happy with the continued progress and puts a lot of their success down to the players hard work and team spirit.

Meanwhile, the support at the final will be limited to 500 pupils due to the smaller venue as the game had to be moved from the Kingspan stadium due to rescheduling of some of the Ulster Games.

“It’s a shame the boys didn’t get the opportunity to run out at the home of Ulster Rugby but having got past the disappointment of the venue change the boys are really excited about the game and a chance to win the coveted Danske Bank Ulster Schools Medallion Shield.