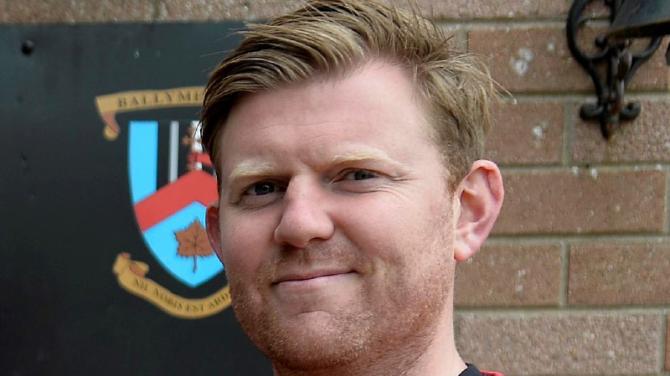 IT is Second v Third this Saturday at Eaton Park (2.30pm).

Cashel, from Tipperary, take on Ballymena RFC in what should be quite an entertaining clash.

“We are very much looking forward to the return of the AIL on Saturday,” outlined BRFC head coach, John Nicholl.

“They beat us last time we met in Cashel, but we felt we didn’t give a good reflection of our capabilities in that game.”

Nicholl recalled Cashel have a very good set piece that made life very difficult for them early on in the match.

“As the game progressed we started to make inroads out wide however as the weather deteriorated late on again we found ourselves chasing the game and in doing so made unforced turnovers,” he said.

Cashel RFC have a very good coach in Darragh Lyons who won many awards with Cork Con - “And with their ambition to move up into 1B next season it reflects his energy,” Nicholl told Guardian Sport.

“They will be confident they can turn us over at Eaton Park. I think our guys are really up for this one, we feel like we have a lot to put right from that fixture and in our own back yard we welcome any challenge.”

The coach recalled that their last outing againt Nenagh “didn’t go well for us.”

“We were poor, flat and we got a rude awakening. Such is life, nothing lasts forever, my boys know what we, the coaches expect. And we will be ready for them at ‘The Park.’ Next game, next job,” declared Nicholl.

And the Cambridge House Grammar School teacher said he encourages as many supporters as possible to get behind his side this weekend.

“Part of our home success has definitely included our great support. Eaton Park was a fortress for many years and it can be again,” he said.

“Our community spurs us on and it has been fantastic to see so many families at the game.”

Meanwhile, Ulster Academy flanker Jack Milton is due to return, which is a great boost for the squad.

He has been training recently and adds great detail at the breakdown accompanied by their star player this season, Adam Lamont.

“I am really looking forward to seeing these two play together at some stage in the game,” said coach Nicholl.

“Both are so explosive in their application and with their combined energy with and without the ball, we are really encouraged to get our backrow into the game.”

The home coach said Phil Campbell may possibility return after hurting his foot against Dolphin back in Cork before Christmas.

“Phil is a really important leader in the group and I would be very keen to have him available. Time will tell with his rehab whether he wil be available for selection,” said Nicholl.

James McNabney and James McCormick will not be available for selection as both have been representing Ireland U20s in the Six Nations U20s Championship.

Both guys got on the score sheet against Wales last week in Cork for their 53-5 win.

“It’s such a great achievement for the boys to be playing at that level. They are a real credit to the club and also their respective school systems. McCormick came through Dalriada School Ballymoney and McNabney closer to home with Cambridge House Grammar School,” said Nicholl.

“To see both lads mixing with the elite from Leinster, Munster and Connacht gives all local lads from the Youth and School systems real inspiration to achieve their own dreams.”

Both boys were re-selected for Ireland’s second game away to France at the weekend.

“All the boys and coaches and myself, wished them all the best,” said Nicholl.