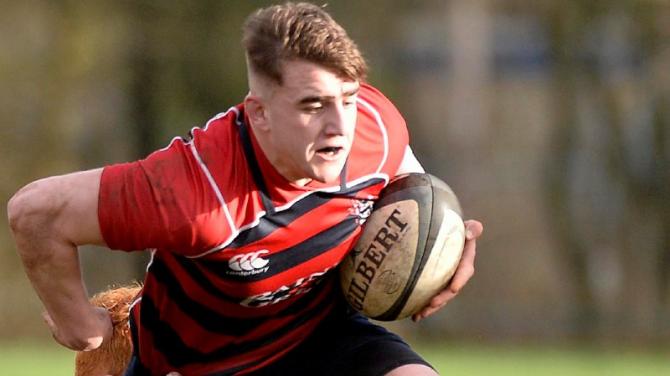 The skipper said he has a lot of belief in his side.

“We don’t fear anyone,” he told Guardian Sport.

“We will prepare well this week and will go to Lisburn full of confidence.”

Donald is aware Academy beat them in a match in January - but will not read too much into this.

Wallace HS also have a win over the Ballymena side this season!

The game this weekend has all the ingredients of being a mouth-watering encounter.

“This will be a very tight affair with Wallace’s tight forward game lead by Ulster and Irish School’s player Cameron Doake, a key player for the home team along with fellow representative Finn Rankin who plays in the centre,” outlined Andrews.

He recalled that in the previous round, at home to Coleraine Grammar School, Academy were impressive in the first half - but indiscipline and some inaccuracies in the second period allowed Coleraine to stay in the game.

Ballymena Academy squad will still be without injured second row Andrew Chesney who has been absent since late November, while Jordan Millar is just returning to training.

Coach Andrews is delighted with the impact the Danske Bank Ulster U16s winners have made to the squad with nine of the boys making the last 23-man Cup squad.

“They have made competition for places very intense which has driven the standard of training to a very high level,” said coach Andrews.

“Players like hooker Callum Mustoe, back rower Reece Williamson and the hugely exciting Daniel Vercoe-Rodgers and Michael McLean have brought a different dimension to the starting XV.”

The coach said their back line is sprinkled with match winners.

“But the platform must be laid by our forwards where props Connor Louw, Harry Marcus with captain and No.8 Andrew Donald bring experience and a real physical edge to this team in their last year at school.,” said Andrews.

“The challenge for this squad will be to go away to another top tier team and beat them on their own turf. I believe they can,” concluded Andrews.