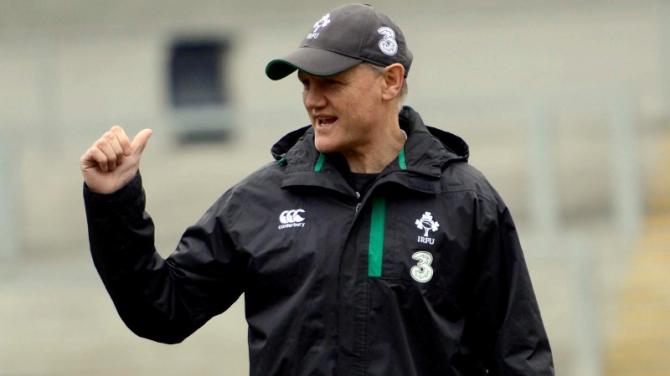 JOE Schmidt, who led Ireland to three Six Nations titles and helped them become the No. 1 ranked team in the World, will guest at a fund raising evening for Ballymena Academy this Friday (November 5)!

The 56-year-old New Zealander, who steps down as World Rugby’s Director of Rugby and High Performance at the end of this year, will attend the function in Galgorm Resort and Spa - 7pm for 7.30pm.

Compere will be former Ulster and Ireland ‘A’ international Ian Humphreys, a past pupil at Ballymena Academy.

Guests include Ian McKinley, the former Leinster and Italy International.

Ian returned to rugby after a life changing injury resulted in him losing the sight in his left eye.

He went on to earn 10 caps for Italy following a period of residency while playing for Treviso in the Pro14 league.

Chief guest Joe Schmidt is unquestionably the most successful coach in the history of Irish rugby.

Under his leadership Ireland won two six nations titles a grand slam (only the second ever) and a first ever win against the All Blacks.

Schmidt previously spoke at a dinner in 2017 and returns to Ballymena to support the school again.

The fund raiser has been organised by the school’s marketing and alumni manager Alistair McKay.

All 24 available tables have been sold, almost 300 guests in total will attend.