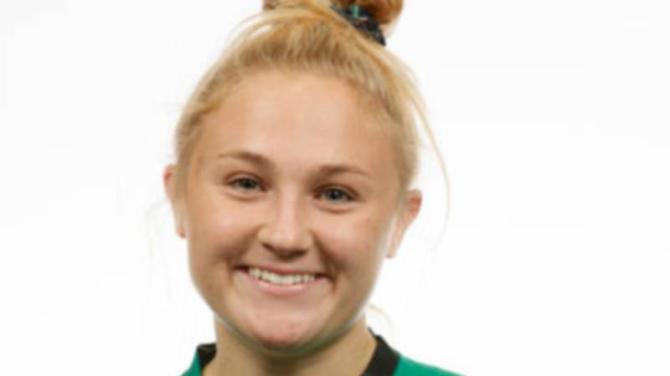 NEVE Jones is in the Ireland Women’s rugby squad for the Six Nations rugby tournament which kicked-off at the weekend.

The former Ballymena Academy pupil is named in the panel of 35.

Ireland take on Wales away this Saturday (5pm), and the following week host France at Energia Park in Dublin.

The condensed tournament concludes with a final round of games on April 24, which are determined by results over the first two rounds.

Dates of all the games were released by Six Nations Rugby.

Munster back row Ciara Griffin will again captain Ireland and Claire Boles and Emma Hooban join the five uncapped players in the squad. Neve joins Kathryn Dane, Brittany Hogan and Boles as the four Ulster players to be named.

Back on October 27 last year Guardian Sport reported that Neve had won her first Ireland cap.

The Malone Ladies RFC player came on as replacement in the Ireland v Italy clash.

And she was named winner of the Energia Women’s All Ireland Rising Star award.

Ireland's 2020 Six Nations campaign was heavily impacted by the Covid-19 pandemic. But they still won three of their four matches. Tournament organisers announced a condensed campaign for 2021 and the World Cup was postponed by 12 months to September 2022.

"It means a huge amount to us to have test rugby. This group have been working very closely together over the past number of months and the Six Nations was always going to be a priority for us,” said head coach Adam Griggs.

Neve and co. have yet to secure their place at the World Cup tournament; their qualifier against Spain has been pushed back.

World Rugby Chairman, Sir Bill Beaumont, said their hearts go out to all the players, team personnel and fans who were preparing and looking forward to the World Cup this year. “We recognise that they will be extremely disappointed, but I would like to assure them that the decision to postpone has been made entirely in the interests of their welfare, well-being and preparation and the desire to put on a showcase tournament that will super-charge women’s rugby globally,” he said.

Sir Bill said postponement by a year should enable them to enjoy the benefits of the global vaccination programme, easing the burden on international travel requirements and within New Zealand itself.

“I would also like to emphasise that we are unwavering in our commitment to the women’s game and we will be investing over £2million into an international competition schedule for teams to ensure they are at their best for 2022,” he said.