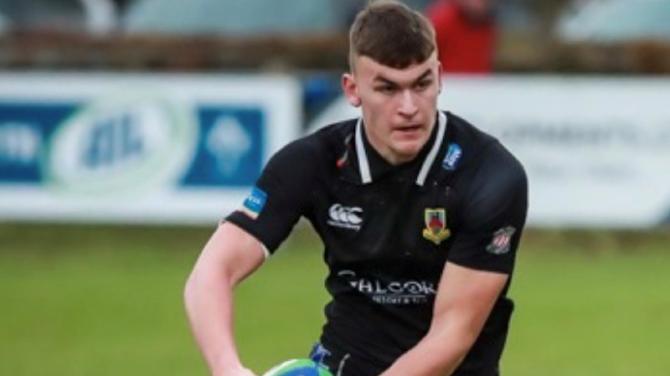 BEN Moxham admits he only took up rugby after getting annoyed at being on the soccer subs bench too much!

The strapping 19-year-old Ballymena RFC and Ulster player will be mighty glad he did just that.

For the big centre is starting to make a name for himself in rugby.

But it was his unhappiness in football circles at being named as substitute too often that forced him to switch to rugby.

“I played football until I was 14,” he told Guardian Sport. “I was forced onto the bench all season and I had enough. I then went to my local rugby club the following week and after after I played my first rugby game.”

Moxham has been with Ballymena RFC for four years.

Meanwhile, on Friday night he played for Ulster ‘A’ in their 37-14 win over Leinster ‘A’ at Kingspan Stadium. This saw Ulster maintain their unbeaten run of ‘A’ games this season.

He won his first cap against Connacht, cap two game against Munster and his third was away to Leinster.

And he and his backroom staff wish Ben every success in the future.