Joe's back in November! 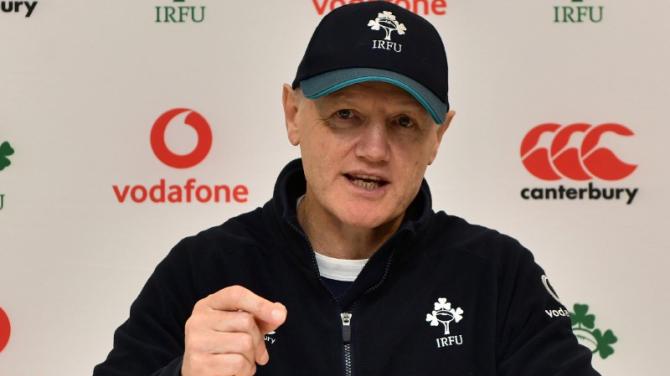 WORLD Rugby’s new Director of Rugby and High Performance, Joe Schmidt, will guest at a fund raising dinner for Ballymena Academy in November next year!

Schmidt, whose new role will see him remain in Dublin at World Rugby's headquarters, where his responsibilities will include player welfare, training and education, is looking forward to the occasion.

His new World Rugby appointment comes almost a year after he left the Ireland job following their World Cup exit in Japan.

Organisers of the Academy fund raiser next year hope it will be third time lucky arranging the date as the previous two both fell foul of Covid-19.

The ‘Joe Schmidt Gala Dinner’ was originally to have taken place on Friday, April 24, at Galgorm Spa and Golf Resort.

It was postponed because of the coronavirus pandemic, and the new date was to have been Friday, November 13.

Evening planned for November next year

It, too, had to be axed - but all being well the evening will go ahead in November 2021.

Fifty-five-year-old Schmidt is no stranger to Ballymena Academy, having guested there back in 2015.

At next year’s event Schmidt, the former Ireland Rugby Head Coach, will be in conversation with Jim Neilly, BBCNI.

In the promotional flyer it said the gala fund raising dinner would feature “an evening of fascinating conversation and insight with the most successful coach in Irish Rugby history.”

New Zealander Schmidt led Ireland to three Six Nations titles and helped them become the No. 1 ranked team in the World during six years at the helm between 2013 and 2019.