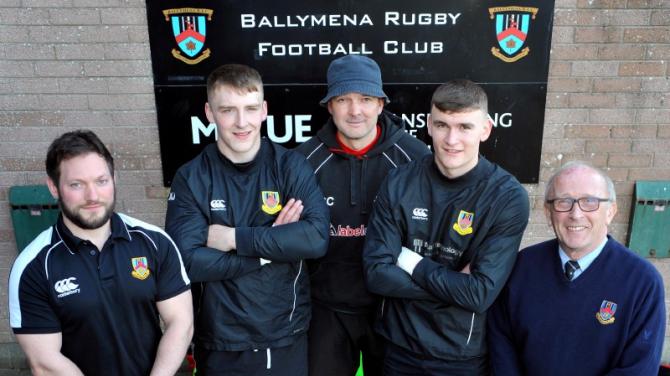 BALLYMENA RFC’s Under-18 coach, Colin Craig, has praised two of the side whose hard work has earned them Ireland call-ups!

They are Phil Campbell and Ben Moxham.

“Their invitation to be part of the Ireland squad is reward for the many hours of dedication and commitment shown by these two young men and their families in pursuing their journey in rugby,” Colin told Guardian Sport.

The coach said Ballymena RFC is extremely proud to have them as part of their ranks, both now and hopefully for many years to come.

Both Campbell and Moxham have been attending Ireland training camps in Dublin.

Both featured in Ulster U19s recent historic victory over the touring Australia Schools side in Belfast.

The Youth Section at Eaton Park has enjoyed another successful year with the U18s and U14s having won their respective regional leagues and the U16s finishing runners up in their provincial play-off final.