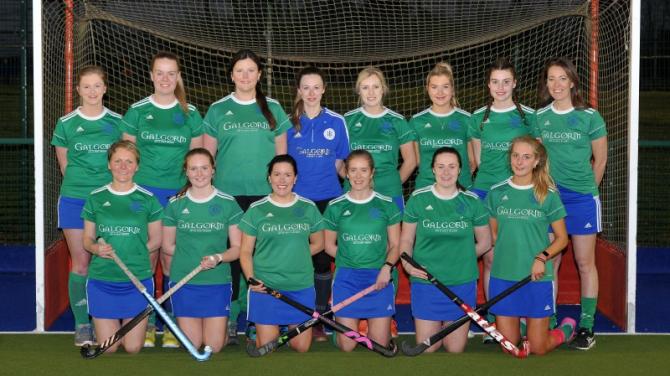 Venue for the showdown is the Dub at Queens.

It will be the first time these sides have met, and captain Laura Logan is hoping they can bring the silverware back to Ballymena.

Junior 3 side Ballymena have had an impressive season, winning their League and securing promotion, and losing just once in the League!

Captain Laura told Guardian Sport that their goals at the start of the season were to secure promotion and enjoy a good Cup run.

“And we managed both,” outlined Laura. “Now we have to focus fully on Saturday’s final and see where it takes us.”

Laura said the squad has been “committed and consistent.”

And she said their favourable results are due to the hard work and effort at training and matches put in by the girls.

“I would like to personally thank Stef for her commitment, support and encouragement throughout the season,” said Laura.

“It has been a privilege to work alongside her as she readily carried out the role of player/coach. She has devoted so much time to our squad and this has been rewarded with winning the League and getting to the Cup final. To all the team, a big sincere thank you for your support and encouragement to me. You are a great bunch of girls.”

Meanwhile, Ballymena 2nds say a special thank you to their sponsor, Galgorm Spa and Golf Resort.

Saturday’s opponents, Larne 1st XI, play in Senior 3 and are currently third in the League table.

Road to the final