INTERVIEW - BROUGHSHANE man Robert McGaughey, recent winner of the ‘Services To Sport’ award at the Mid and East Antrim Council’s Sports Awards tells how sport has helped him through his ongoing battle with cancer.

ROBERT McGaughey has dedicated his ‘Services to Sport’ award win to all those he has been involved with over his many years in athletics.
The Brougshane man was speaking at the recent Mid and East Antrim Council Sports Awards Evening in Carrickfergus.
He outlined that despite battling cancer he is still out coaching and doing things he likes.
“Sport keeps me going. During cancer treatment it kept me going,” he told compere Claire McCollum.
“My health is a bumpy ride. But I have a good solid family round me. You can’t beat that. My Services to Sport win will take a day or two to sink in. I am really delighted, not just for me, but for everybody I have been involved with throughout the years. It is as much their award as it is mine.”
Robert has spent over 30 years connected to Ballymena Runners Club.
In his time he was secretary, race director, team manager and coach.
He always showed vision to encourage and support the development of running within the club across different disciplines.
Robert also took on the additional work of race director for the former Ballymena 5 Mile Race, now known as the Ecos 5 - for 17 years!
And for 15 years he was race director of the Race Over The Glens.
On top of this he played a leading role in the Mid Antrim Road Race (7 years), and the Golden Mile (3 years).
All these events involved immeasurable number of man hours, planning and liaising with local Council members, sponsors, emergency services and various agencies.
Twice he won the Ballymena Runners Club Person of the Year (2002 and 2010), and received Life Membership in 2007.
In 2013 Runners presented him with a ‘Special Contribution Award’ and the following year Athletics Northern Ireland made him ‘Athletics NI Volunteer of the Year’.
As Team Manager for Runners Club Robert has helped put Ballymena firmly on the map as a club that can compete with the bigger clubs in the Province.
And despite his ongoing personal battle with a serious illness Robert maintains a close working relationship with all the athletes under his guidance.
Robert, who was described by compere Claire as being very modest, thanked Neil Douglas for nominating him for the award.
After the presentations many of Robert’s friends congratulated him personally on his award win.
One young lady, a member of the Runners Club, said it was Robert that got her started running - and is the man who still keeps her motivated. 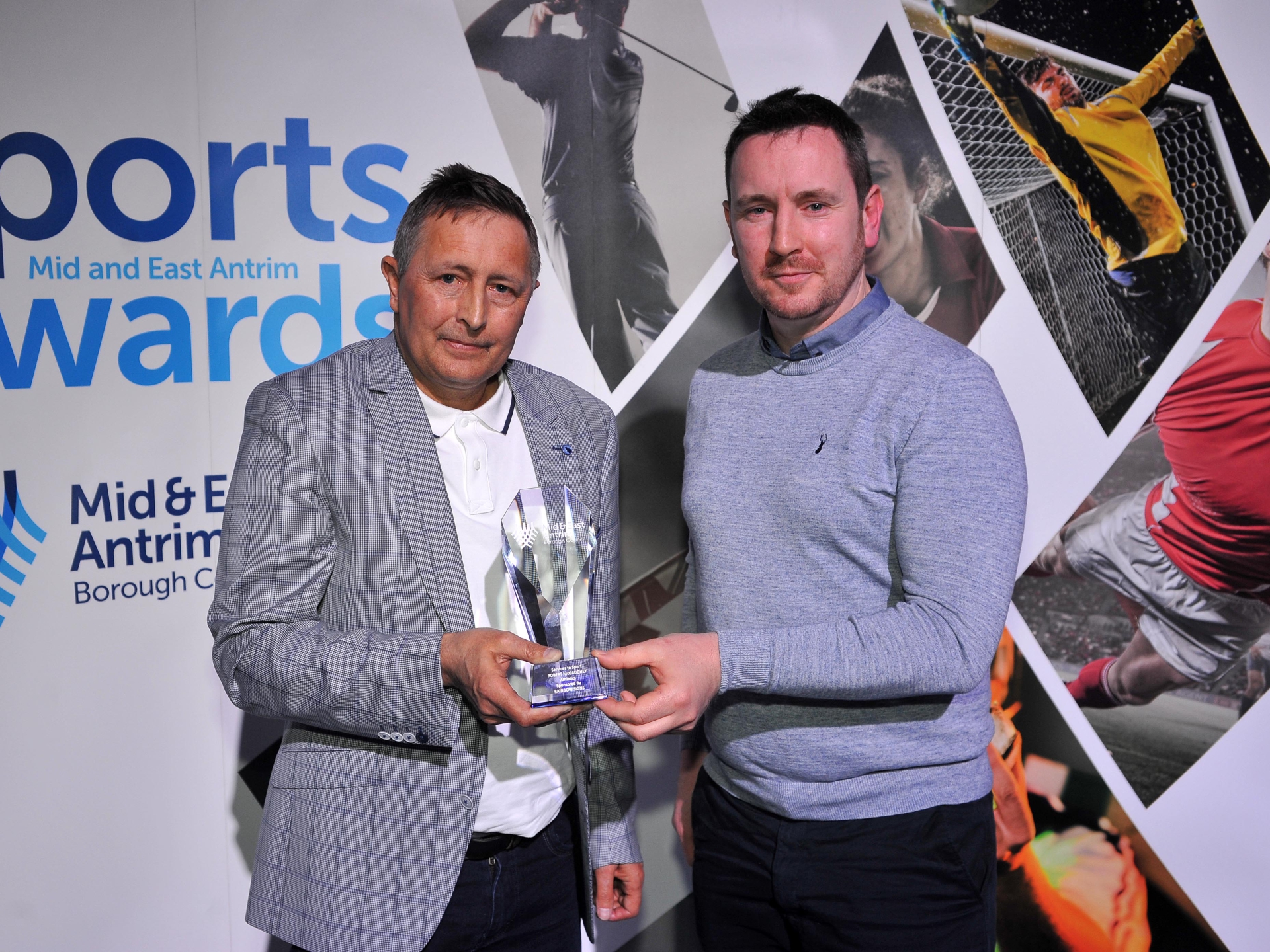