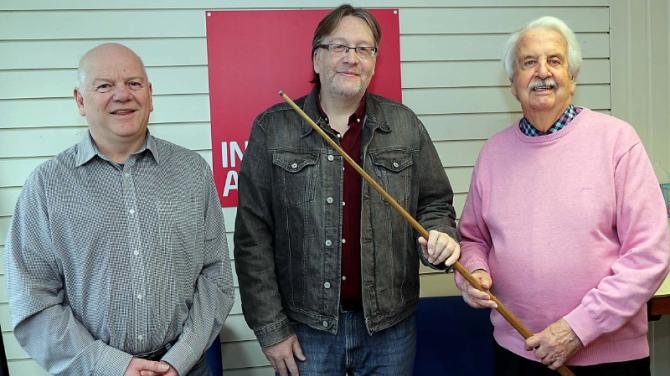 CONGRATULATOINS to Alan Armstrong on winning the Guardian Sport quiz!

Alan, from Toome Road, a familiar figure with brother David on the snooker and pool scene, correctly identified Paul Doran as the first - and only Ballymena player to win the Northern Ireland Amateur Snooker Championship.

Paul, a member of a well-known snooker family, potted the title in 1988, with local journalist Billy Spence an admiring onlooker as he re-wrote snooker’s history book on the way to a 10 frames to five victory over Martin O’Neill in the final at The Coach Club, Hillsborough.

There was further success for the new champion when he captured the All-Ireland title with a 5-4 win over his Republic opponent, Stephen Murphy.

Earlier in the 1980s Kieran Erwin, by common consent one of the most accomplished cuemen in the Province, was beaten twice in the NI Amateur finals by Sammy Pavis.

Kieran also appeared in the 1993 final, and again he was disappointed at going down to rising star Patrick Wallace by 10-8.

Alan Armstrong whose quiz win prize was a snooker cue and case donated by Biully Spence, has called time on his competitive career in which he played for YM Panters in the old Ballymena and District.

Further visits to the green baize by the Civil Servant will be for fun games - with his new cue of course.