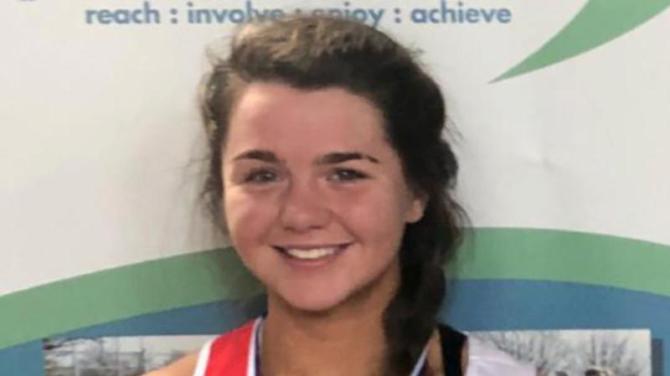 ALL Saints ABC has no plans to let Covid derail their impressive Commonwealth Games representation record!

Since 2006 fighters from the club, which this year celebrates its 60th anniversary, have proudly represented them at this level.

Although deprived of competitive action since March last year all at All Saints are fully focused on making sure they are prepared - if they get the nod for the Games in Birmingham.

“We hope to be in the mix for next year’s Games,” said Head Coach at All Saints, TJ Hamill, who represented Northern Ireland at the event back in 2006, along with his cousin Dermot.

“We are very proud of our record of having All Saints boxers on the Games squad since 2006.”

Last fighter flying the flag was Stephen Donnelly, in The Gold Coast, Australia, back in 2018.

The Ballymena club has high hopes that teenager Emuka Onuka and their history making female fighter Eimear McKee will get the call.

All Saints Head Coach T.J. told Guardian Sport this week that all at the club are counting down the days when they can get back in the ring.

At present two 15-strong groups are back in training - but not exactly as they know it.

On Wednesday night they switch to circuit training at the club on Cushendall Road.

On Saturday mornings they combine different forms of training, sometimes at The People’s Park.

“We look on with envy as other clubs and sporting set-ups are able to get back to proper training” outlined T.J..

“We are still waiting for the official news from the Irish Amateur Boxing Association (IABA) when we can get back properly. It is impossible for us to bring half-a-dozen bags along to training, where ever we are, for the boxers to work out on.”

All Saints has boxers from all over, including Ahoghill, Broughshane, Moorefields, Dunloy, Antrim, Ballycastle, Castledawson, Bellaghy and Ballymena.

“When we can we hope to get everyone back to training in a safe and fit way, outlined by IABA,” outlined T.J..

“We say a special thank you to the parents who send their kids to us, entrusting us with their complete care and safety.”

Looking after the current crop of boxers, along with T.J., are Dermot Hamill, Barry Graham, Glen Temperly, Benny Dunne and J.P. Larkin.

On a positive note T.J. said he hopes that the young boxers, aged 8-12, will be allowed back to train within the next couple of weeks.

“Again we are in the hands of the IABA,” he said.

It is also possible the Keep Fit classes will soon return to their club HQ.

“Talking with the young boxers it is obvious they cannot wait to get back again,” pointed out T.J..

“It has been a long time for them to have to sit-out on the sidelines,” he said.

“But despite this we have had enquiries from new boxers wanting to join us. That is always good news and speaks volumes for the work and high regard in which All Saints ABC is held.”

T.J. said with the boxers training on their own over the past year, and now with the new groups back, still without contact, he believes their fitness will “be through the roof.”

“But they need back properly so we can start working on their ring and bag work again,” suggested T.J..

This will be the third time England has hosted the Games, after London in 1934 and Manchester in 2002.