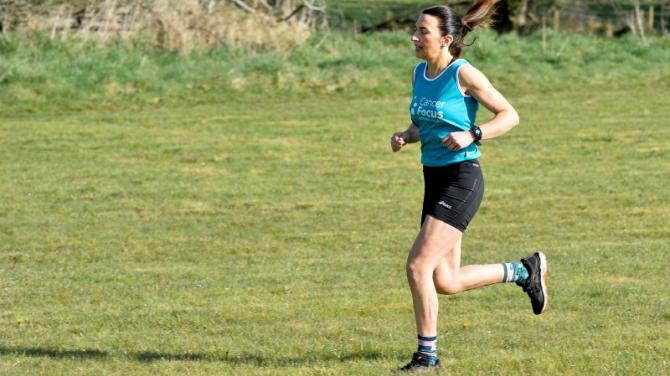 So far she has £862 for the cause - and thanks every single person who has donated.

Forty-four-year-old Judith got her inspiration for the challenge after reading of the exploits of former Navy SEAL, David Goggins.

His book, ‘Can’t Hurt Me: Master Your Mind and Defy the Odds’ chronicles his incredible life from perpetual victim, to active duty Navy SEAL, to world class ultra athlete and world record holder.

Goggins is considered by many to be among the world’s best ultra-endurance athletes. He has competed in more than 60 endurance races, has placed 3rd at the Badwater 135 Death Valley- considered the world’s toughest foot race, and regularly placing in the top five in other ultramarathons.

Ballymena Runners Club member Judith decided to set herself her own challenge - and between Friday, April 30, and Sunday, May 2, she hopes to complete her 48 miles.

“A number of others have also signed up to tackle the challenge,” Judith told Guardian Sport.

“We hope to raise as much money as we can for Cancer Focus. All support is very welcome, and very much appreciated.”

Judith’s mum is a cancer survivor, after being diagnosed over 20 years ago.

“Now, I want to support a local cancer charity as obviously it is close to my experiences and the cash raised might provide others with some form of emotional support,” said Judith, who has completed eight marathons in the past including Dublin, London and Belfast, as well as many half marathons and shorter races.

Kathryn Holland, outdoor events manager, Cancer Focus NI, said they really need all the support they can get at the moment - pointing out they cannot continue their work without it.

If you would like to join Judith in her challenge, visit www,cancerfocusni.org/48hours and sign up for £5 with target sponsorship of £50, or go to https://justgiving.com/