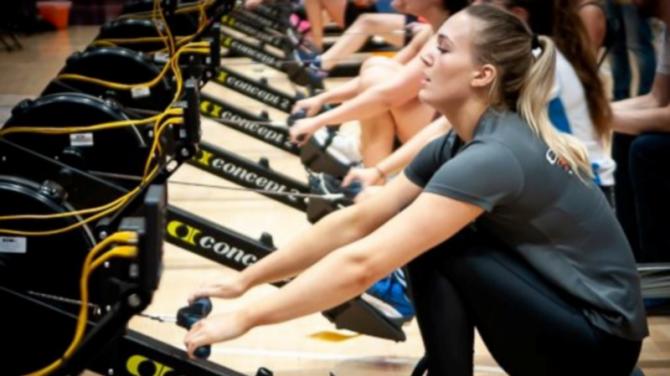 The 22-year-old from Buckna was absolutely delighted with her performance in the Women’s U-23 500 metres - done virtually, of course.

Charlotte only took up the sport of indoor rowing a couple of years ago.

But she powered her way to a couple of titles and admitted she was hooked on the sport.

Runner-up was Var Hansen, of Denmark, in a time of 1:32.9 and third place went to Dareen Mahmoud Mohamed Aly Hegazy, from Egypt.

Back in 2019, through Gladiator Training, Charlotte competed in the British Indoor Rowing Championships.

She managed an impressive placing in the Under-23s.

In her last year competing in the U-23s Charlotte took part in the British Indoor Rowing Championships in December.

Meanwhile, there was not the same good fortune for Ballymena rower Julian Kennedy!

“Having spent months and many hours training I blew it,” he told Guardian Sport. “I lined up with six other men age 65-70 on my machine at home, having spent an hour trying to get weigh in done and the video uploaded. But I got left on the starting line because I was not watching my monitor for instructions.”

Starting 200 metres behind the opposition, giving away 43 seconds, he did his best and finished last in 8 minutes 15 seconds. “If I had started when I should my time would have been 7mins 32 secs, my best in a number of years,” he told Guardian Sport.

“But I have learned one thing - I certainly will never make that starting mistake ever again.”