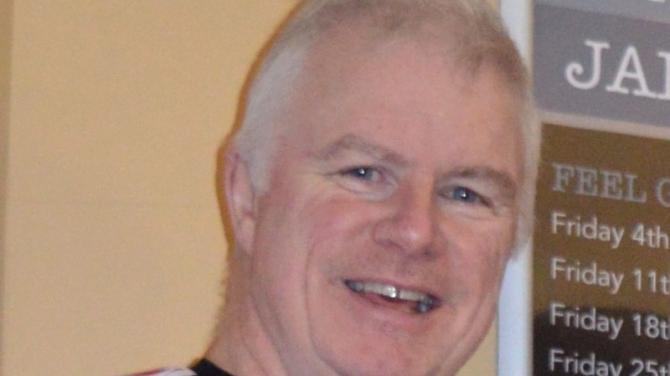 The Carniny FC Amateurs and Youth secretary is delighted with the honour.

Ballymena man Billy won the award in recognition of his contribution to local grassroots football.

The founding member of the Carniny FC set-up has been their driving force for over 20 years.

This along with his overall contribution to football in the Ballymena area has been outstanding and makes him a worthwhile winner of the award.

Billy and William Shanks from Belfast had both been shortlisted for the People’s Award.

Both finalists had dedicated over four decades’ service to grassroots football in Northern Ireland.

The annual McDonald’s Irish FA Grassroots Football Awards, which celebrate 20 years in Northern Ireland this year, recognise the incredible work and commitment of football clubs and volunteers who give up their time and make a long-lasting impact on young people and communities across Northern Ireland.

Due to Covid-19 the 2020 awards gala was postponed and will instead be held virtually this month to celebrate those who have dedicated hours of their time for the good of local football in Northern Ireland.

Billy O’Flaherty is widely regarded as a football stalwart in the Mid-Antrim area.

He was awarded an MBE for his work in the local community and has had many responsibilities on and off the football pitch – from secretary and committee member to coach.

“Local football has been one of the best tools for cross-community relations in Northern Ireland and we must not underestimate that,” he said.

“Football is often the common denominator that brings people from all walks of life together, which has helped us take great strides over the years towards becoming a more inclusive society.”

Billy was also a founding member of the Allstars female football team in Ballymena and has recently played a key role in setting up a veterans team at Carniny.

McDonald’s Fun Football Ambassador Pat Jennings said the awards provide a great opportunity to celebrate the fantastic work that takes place at all levels of the grassroots game in Northern Ireland.

“Each year when the awards come around, I am humbled by the dedication, passion and enthusiasm of our grassroots volunteers, but none more so than in 2020, which was an extremely challenging year for us all,” he added.

“The commitment shown by our volunteers throughout 2020 in allowing young people across Northern Ireland to continue playing during turbulent times demonstrates the very best of what McDonald’s grassroots football offers.

“I look forward to celebrating in person with the award nominees and winners in the near future when it is safe to do so.”