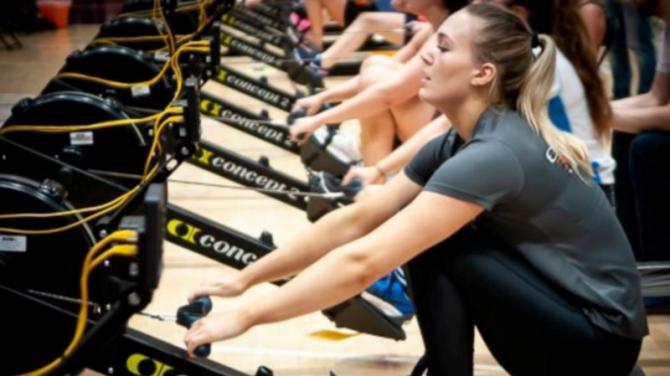 The 22-year-old, from Buckna, will be competing in the World Indoor Championships which take place on February 23-27.

Charlotte, prior to Covid-19, trained regularly at The Colosseum along with Scott McGarry and his team, at Woodside Road in Ballymena.

Back in 2019, through Gladiator Training, Charlotte competed in the British Indoor Rowing Championships.

She managed an impressive placing in the Under-23s.

“And that was that,” she told Guardian Sport. “I had caught the bug.”

In her last year competing in the U-23s Charlotte took part in the British Indoor Rowing Championships in December.

“They were able to take place, regardless of restrictions, as all you need is a Concept2 rowing machine that can be connected online to create a live virtual competition,” outlined Charlotte.

“This year certain races were used as European qualifiers for the World Rowing Championships, so despite rowing from your own home, you were racing in real time against those from across Europe.”

Charlotte raced in the U23 Women’s 500 metres, a race in which the top two placed competitors qualified for the World Championships!

There were entries all over, including Estonia, Hungary, Denmark and France.

“Somehow I managed to win this class with a 1.4 second lead,” said Charlotte.

“So now all roads lead to the World Rowing Indoor Championships next week (February 23-27), once again being held virtually due to restrictions.”

In the British 4000m Mixed Relay race , Charlotte, with three other dedicated rowers from the gym, won gold - by a considerable margin!