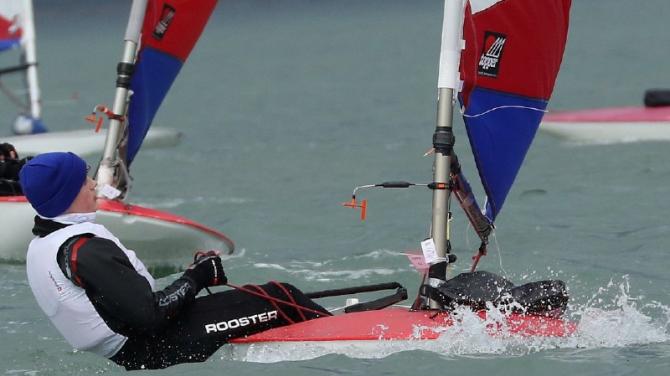 The Ballymena Academy pupil is getting educated in a new way - this time at the Viana Sailing School.

The 14-year-old flew out last Thursday for the 10-day venture aimed at improving his sailing skills.

“I hope to put this training to good use in the Irish Laser Provincial competitions later this year in Howth and Tipperary. I am particularly looking forward to competing in the Irish Laser Nationals in Cork in August,” said Tom.

“I can’t wait to meet up again with the sailors from other clubs that I met during the Topper competition circuit last year. Like me, many have transitioned from Toppers to Laser Radials this year so it will be great to catch up with them again and see how they are getting on.”

Tom got hooked on the sport after attending a taster session at Coleraine Yacht Club four years ago - and has never looked back.

After spending two years competing in Topper competitions with Coleraine Yacht Club, including the Youth World Championships in Medemblik, Netherlands, last summer, he transitioned to the larger Laser dinghy at the end of last season.

He turned in a strong performance at the 2019 RYA Laser Youth Championships in September resulted in him being selected for the RYA Laser Radial Youth Performance Programme for19/20 as one of only four Academy members.

Prior to lockdown Tom was training hard on his new Laser over Winter and was last on the water at the beginning of February.

As well as training sessions, he had been competing in the East Antrim Boat Club (EABC) winter series but with a few weeks of particularly bad weather, the series was cut short.

He found it tough staying away from the sport he loves - “It was really frustrating, and the time dragged, especially at the weekends. I missed the competition element of sailing as well as meeting up with my friends,” he said.

“I also had been working hard on my strength and conditioning with weekly gym sessions at Ulster University, Jordanstown as part of the Youth Performance Academy Programme and was worried I would lose my fitness.”