Luke makes his mark on PlayStation! 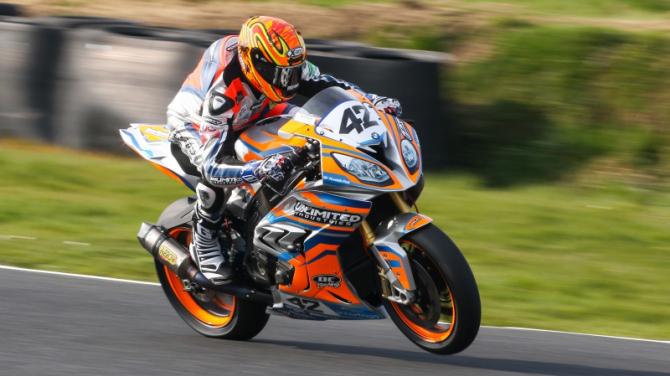 LUKE Johnston has switched from Superbikes to PlayStation racing and is currently ranked 7th in the World!

“Unfortunately like the rest of the world the only racing I’m doing at the minute is on the PlaysStation,” quipped the 24-year-old Ahoghill ace.

“ I’ve managed to get myself to 7th in the World in the new TT game that came out last week.”

Johnston outlined that a few of his friends go on line and race each other.

“It is keeping the fix going at the minute but the boredom will kick in soon again I imagine,” he told Guardian Sport.

The Supebike racer had to sit out the recent opening round of the Dunlop Masters.

“And what fantastic weather it was,” he recalled. “It’s just typical, isn’t it.”

Back in the middle of February Johnstone was testing bikes in Monteblano in Spain.

“That seems like an eternity ago now but I was really happy with how we had got on,” he said.

“And I thought it left us in good shape for the start of the season, ....... but sure that’s the way it goes sometimes.”

Johnston realistically believes that the pre-season foreign testing for next year could be the first time he turns a wheel after all the Covid-19 crisis.

Reflecting on the Covid-19 crisisis he admits that like every industry it has had an impact.

“This should be our busiest time of the year now, but it’s at a virtual standstill,” said Johnston.

“There were something like 70 bikes to wrap before the start of the season. When the lockdown came we shut the gates at work, but we had got to something like 55 of the 70 bikes done by that stage and so that still leaves 20 odd projects still to do.”

The Ahoghill man said he is trying to get as much sorted out as he can at home.

“I figure things may pick up again just as quick as they shut down so that’ll not leave much time to sort everything else out when we do get going and no doubt it’ll be a mad rush,” outlined Johnston.

“I can chip away at bits and pieces of design work, and there’s still a couple of road racing liveries to design. But it’s a hold up alright, even the supply in the vinyl industry is affected as our main supplier is now closed too.” But he said it is unlikely the bikes will be required for sometime yet.

The biggest project Johnston is inovlved in is the wrapping of helmets and bike for Aghadowey’s Eunan McGlinchey who will be challenging for World Championship glory.

It was launched back in 2015 with the aim of providing top quality products, accessories and support to the racing world.

The business works with customers through the full design process, from bike livery and rider logo design to full bike decal kit manufacture.