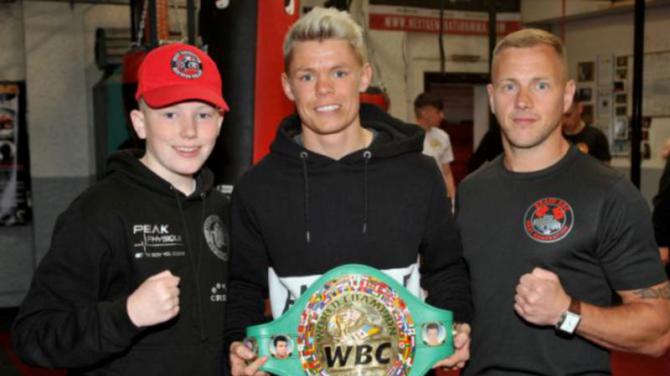 BRAID ABC take on the best from Ulster, Scotland and England in the Saturday, February 22, fight night in Tullyglass House Hotel in Ballymena.

The evening will give the local club lads a chance to step into the ring and perform against top opposition.

Doors open 6pm with the first boxers entering the ring at 6.30pm.

The event is primarily a seated event and tables are available to buy.

For many years Braid ABC has supported the work of the NI Children’s Hospice and through this event they will again continue to support this local charity.

In May last year Braid ABC got back into boxing after a two-year lay-off.

Since the doors re-opened the numbers have increased week on week.

Anyone who knows George knows that his belief of ‘hard work pays off’.

He has proved this himself by making a name for himself in the amateur Mixed Martial Arts circles.

Recently he won his first professional MMA fight in Dublin.

Edwards enjoyed his visit to the new Ballymena club.

Braid boxers were able to get some pad work with him.