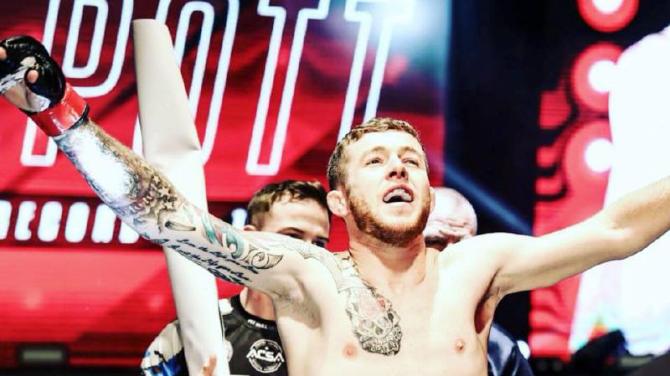 BALLYMENA man Alan Philpott is gearing up for the fight of his life and the chance to win a $100,000 contract on Wednesday, February 19, in Singapore.

Philpott, who is currently residing in Australia, will be the the first UK and Irish MMA fighter to be a part of the world leading organisation, One Championship.

"I got selected to sign a four fight contract and fight for the chance of a $100,000 USD contract for world leading organisation One Championship.

"I started this journey 11 years ago under Ballymena's own and one of the pioneers of UK and Irish MMA legend Rodney Moore.

"After many setbacks and traveling the world learning the trade, I am now preparing for the life changing and biggest fight of my career.

"On February 19, my fight will be in Singapore live on the one championship app and YouTube."

He added: "For all those who make the effort and get down I can’t express enough how much this will mean. I am about to make history!"

Philpott reached out to another Ballymena resident who is also living Down Under and who kindly stepped forward to sponsor him in his big challenge.

Former St Louis Grammar School pupil Danielle Connolly has carved out a successful career with her business, DC Sports Massage and Fitness and was only too happy to help a fellow townsman!

Danielle said: "Alan had seen I was working in Sydney when an Instagram influencer posted about me and how my treatments benefited her, so he reached out to book in an appointment - Ballymena folk supporting each other on the other side of the world!

"Despite obviously being in need of regular treatments, Alan's financial circumstances were tight and so it was my turn to support a fellow Ballymena person.

"I decided to sponsor Alan with recovery treatments such as sports massage, dry needling and mobility work.

"This has excelled Alan's performance and was 'the icing on his well trained cake'.

"He is feeling even more confident with this boost and I have full faith he will go out on February 19 and claim that 100K contract.

"We laugh how we had never actually spoke at home, with him being from the bottom of the town, and me from the top yet over here in Australia you get your eyes opened to realising how ridiculous that is."