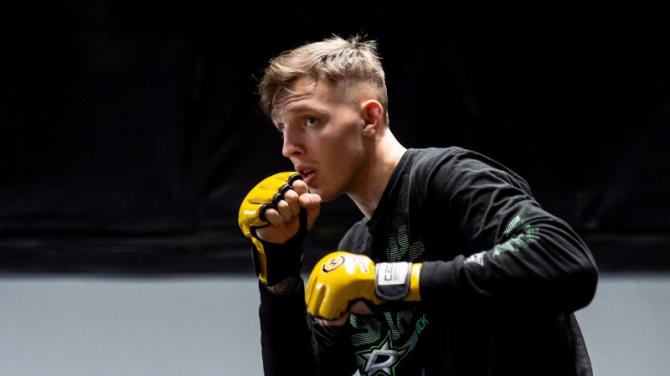 McKee, 24, is aiming for a fourth consecutive victory having recorded a TKO win over Hakon Fossin in November.

On a packed local card Belfast's Joe McColgan and Newry's Declan McAleenan will make their first appearances of the year at the event in the SSE Arena.

Featherweight Hughes has secured first round stoppages on all three of his professional fights to date, quickly gaining a reputation as one of Ireland's most promising fighters.

McKee commented of the SSE Arena: "This is an arena I've spent many a night spectating at so for me to be the headline act is truly amazing - it's a great honour an something that will motivate every second of my preparation.

"I've called for a title and I 100% believe it is possible. I know I'm worthy of that title so I'll do everything in my power to make this fight for the world title.

"With the finish I plan and the performance I plan I believe UFC will have no choice but to bring me on board, if not now then after September in Belfast."