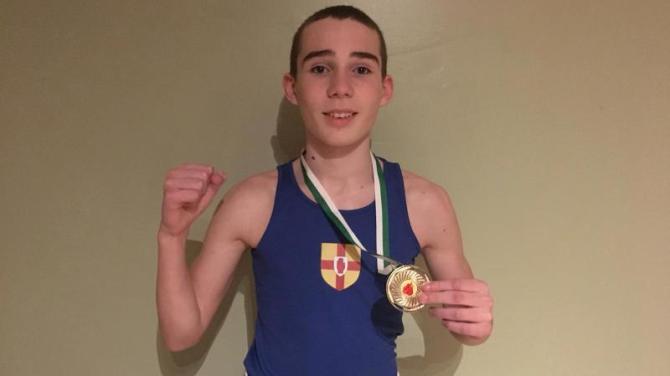 He defeated Yousef in a thrilling contest at 50kgs.

Yousef started off well in the first round and with being on home turf he tried to be the aggressor from the first bell.

Reports from the Ulster coach say Richie matched his fire with fire and the Ballymena club boxer finished of the first round the strongest.

Richie got the nod unanimously from all 5 Judges and his hand was raised as a well deserved winner.

“This was a valuable experience for a kid at 12 years of age - not only being selected for Ulster and travelling to England as part of a team and meeting new kids - but to beat the English champion and bring home a win is fantastic,” said All Saints coach, Dermot Hamill.

Team Ulster lost 10-5 on the over all score.

All Saints will also enter 10 lads into the Antrim 6’s tournament in a few weeks down in Belfast.

This is a great tournament for novice boxers as you have to have six fights or less on your record book to be eligible to enter.