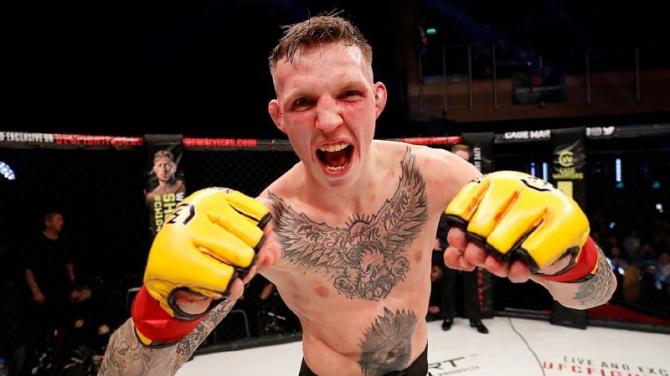 The Ballymena man takes on Hakon Foss, from Norway, on Saturday, November 9, in the Neptune Arena.

McKee, who fights out of the New Generation Institute of Mixed Martial Arts gym in George Street in the town, cannot wait for the battle to commence.

Speaking to Guardian Sport the 6’2” Tullygarley man admitted the next few weeks in the countdown to the Cork classic are going to be sheer torture at training.

For McKee wants to be in the shape of his life for the showdown.

He and Foss top the fight night.

And the local man said he plans to make it an entertaining night’s viewing.

Twenty-four-year-old McKee has a 100 per cent finish rate in all nine of his professional wins and steps up to welterweight for the Foss fight.

In his last scrap he beat Jefferson George by TKO and in the one before that against Perry Andrew Goodwin he won by guillotine submission.

Foss enters CW110 with a 9-7 record including a TKO win over England's Jack Mason.

“When you get two guys who chase for the finish like this, you're guaranteed a main event that will live up to the hype,” he said.

Ahead of the promotion’s Irish return, Graham Boylan underlined his commitment to giving Irish fighters a platform to showcase their abilities.

“We’re coming back to offer the top talent in Ireland a chance to shine and showcase their skills to the world.

“Wherever you are in Ireland, wherever you train, you can find a home at Cage Warriors. We’re open to working with everyone and want the guys that are hungry.

“If you’re willing to give everything, we provide the platform to get you to the top.”