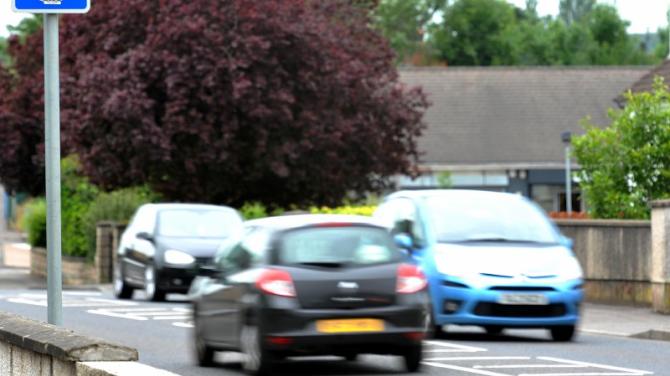 The number of speeding offences in Northern Ireland has hit a record high and two locations in the Ballymena area are near the top of the list when it comes to detections.

The figures emerge in the latest report from the Northern Ireland Road Safety Partnership.

It shows the number of speeding offences increased by 15% year-on-year.

The report reveals that a total of 53,512 speeding detections were made by the Road Safety Partnership in 2021, the highest in a calendar year since the scheme began in 2004.

Those caught speeding by a camera are typically handed a conditional fixed penalty notice, which carries a £60 fine.

However, the PSNI said the consequences can be far greater.

Head of road policing, Chief Inspector Graham Dodds, said: “Excessive speed for the conditions is the single biggest killer of people on our roads.

“During 2021 our collision investigations revealed excessive speed to have been in the top three causes of crashes which kill and seriously injure on our roads.

The number of detections in 2021 was almost five times that recorded in 2004. The main reason was the reduction in the speed threshold at which a driver can be detected speeding in 2010, and again in 2012.

Mobile speed cameras accounted for 89% of all detections.

Apart from the Shore Road site, other hotspots include the Parkway to Belvoir Road stretch of the A55 outer ring (2,271 incidents); the Frosses/Crankhill Road in Co Antrim (1,869), and Antrim Road, Belfast (1,818).

He explained: “Our road safety education officers are in schools and youth clubs across communities every week helping young people understand what it really means to stay safe on our roads.

“For those drivers who ignore the road safety message, they are likely to encounter local police and road policing officers on the motorways, main roads and country roads on any day of the week carrying out speed enforcement operations.

“For some of these offenders, the margin of their speed may lead to an invitation to the speed awareness course, where we seek to encourage and convince motorists that taking responsibility for their own actions will benefit everyone.”​​​​​​​

According to the latest PSNI statistics, 18 people have died on our roads this year.