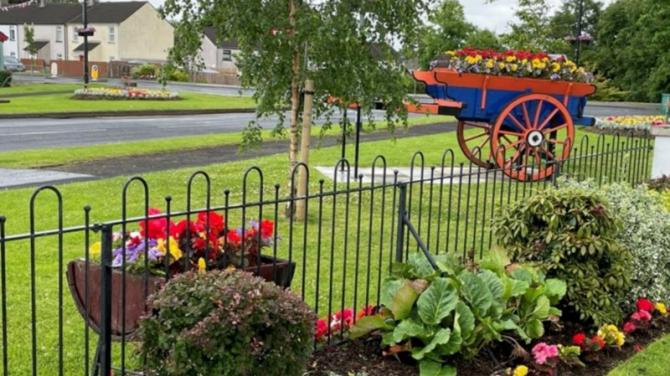 THE villagers of Ahoghill are very much looking forward to the arrival of the Ulster in Bloom judges for the 2022 competition.

They are due to visit in late July/early August.

Once again Ahoghill is in the Small Towns category having achieved runner up position last year.

This year the Ahoghill in Bloom volunteers have been busy preparing the village to ensure that it is looking its very best.

Hanging baskets and mangers have been erected and over 8000 plants have been positioned in the various flower beds and boxes.

The team very much appreciates the ongoing support provided by Mid and East Antrim Council.

Several new features have been developed this year, including the planting of a tree at the entrance to the car park to celebrate the Platinum Jubilee, the new landscaping in the Children’s Playpark and the ‘hidden door’ area on the Link Road.

There is also a new ‘Bug Hotel’ on the Portglenone Road and several displays of wildflowers.

Recently a street collection was held and the volunteers would like to thank everyone who contributed a total of £2150 towards the ‘In Bloom’ effort in the village.

Hopefully the judges will be impressed by all of the effort that has been made by the very enthusiastic team of volunteers.1