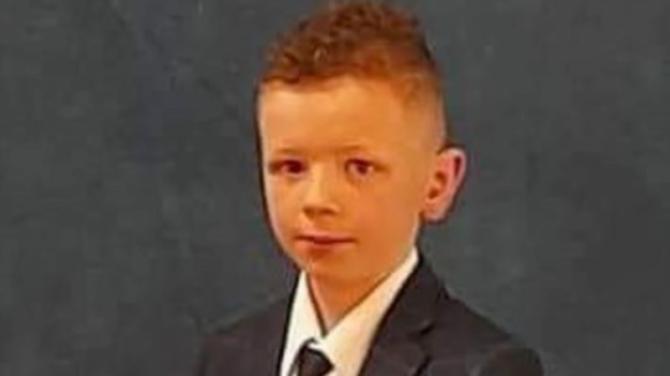 The young boy who died as the result of what has been described as a biking accident near Dunclug yesterday evening has been widely named on social media as Charlie Joyce, aged 9.

A family friend posted a picture of Charlie on social media with the message: “Heaven gained a very special angel with a beautiful smile and beautiful nature. Charlie Joyce in the arms of the angels now, God help all his family who are deeply heartbrokenRIP beautiful boy.”

Another wrote: “RIP Charlie you fought so hard. Only a baby 9 years old. Forever young. Everyone keep his mummy, daddy and family in their prayers.”

And a local woman wrote of the feelings of shock in the Dunclug esate in the wake of the tragedy.

She said: “Such tragic and devastating news for the Dunclug Estate this morning My thoughts and prayers are with the parents on the very sad passing of their beautiful baby boy, Charlie. Safe in the arms of our Lord, rest in eternal peace little one. I will never forget this day and you will never leave my mind may God give you the best bed in heaven my heart goes out to his mummy and daddy and wee Charlie's family and friends god bless you all.”

Two children were taken to hospital following the accident which was reported to emergency services in the Dunclug area of Ballymena shortly before 5pm.

Three emergency crews and a doctor were dispatched to the scene and both children were taken to the Royal Victoria hospital in Belfast.

One was transported to hospital by air ambulance, the other by an ordinary ambulance.

SDLP councillor Eugene Reid said local people had helped at the scene before the ambulances arrived. He said it is thought that motorbikes were involved.

"I would thank the emergency services, the ambulance and the police, for ensuring they were treated and brought to the hospital as quickly as they were. Everyone’s thoughts are with the families."