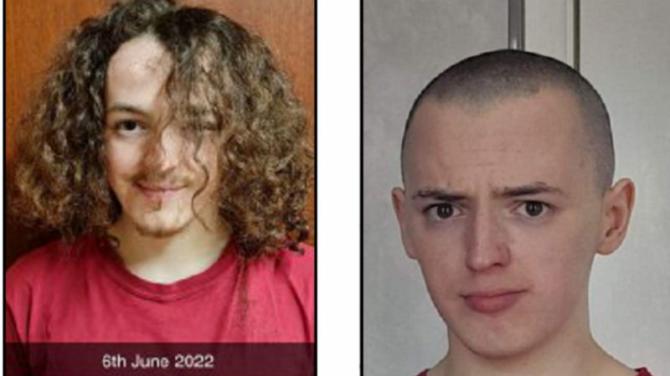 Sam's father, Colin, told the Guardian he was so proud of his son's achievement.

Colin said: "My son has been growing out his hair for two years and three months.

"He decided to shave it off and raise some money for Diabetes UK which is a charity very meaningful to us.

"Sam's younger brother Callum was diagnosed with Diabetes around four years ago and we have other family members who suffer from the condition, so this was a great cause for Sam to raise money for.

"Then, to be able to donate his hair to the Little Princess Trust was just a real bonus.

"The idea came about as a result of the lockdowns due to the Coronavirus pandemic.

"The barber shops were all closed in April 2020 and Sam asked me if I could cut his hair.

"I suggested that he should grow it a bit longer and I would grow mine too and it developed into a bit of a competition as to who had the longer hair!

"As his hair grew, we thought about the Little Princess Trust and how his hair could be put to good use.

"Then, about a month ago, a Go Fund Me page was set up to try and raise a bit of money for him getting the chop and in a short time, Sam managed to raise over £200 for Diabetes UK.

"It was a lockdown initiative that lasted a bit longer than we thought.

"Sam took a picture of himself every month over the past two years showing his progress so it's a great keepsake to look back on.

"Sam is a Lower Sixth student at St Patrick's College and his younger brother Callum is also a pupil there.

"Sam is very protective of his little brother, especially since he was diagnosed with Diabetes, and it's great that they are at the same school - Sam keeps a really good eye on him.

"St Patrick's College were so supportive and donated to Sam's fundraiser and we are all just really proud of him.

"Sam has a heart of gold and is just a very kind fellow. Not too many 17 year olds would do something like this.

"He had his 'big day' last week where he had all his hair shaved off and we took him out for a meal to celebrate his achievement."