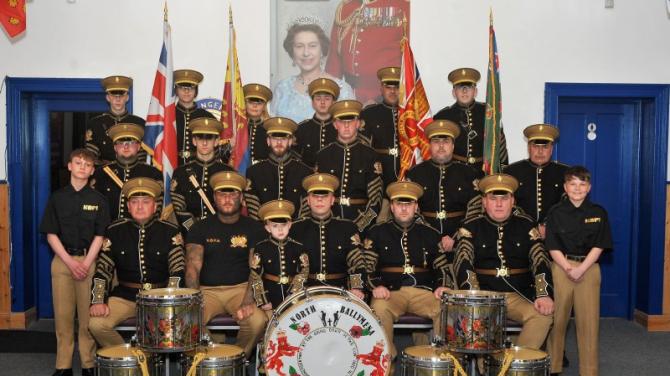 A Ballymena Flute Band has taken delivery of new uniforms just in time to make an impression as the ’marching season’ steps into top gear.

North Ballymena Protestant Boys were formed by brothers Gary, William and Jimmy Rock in 2015 and have their roots in the local Campsie Club of the Apprentice Boys movement.

The membership is drawn from the Albert Place, Fountain Place and William Street areas in the north end of Ballymena with a sprinkling of recruits from Doury Road, Demesne and Rectory areas. Members also hail from Ballykeel and Cullybackey.

The band helped in the reformation of Braidwater Puyrple Star LOL 512 and has leads the lodge on July 12.

Having held their practice evenings in a number of venues, the band now meets at the Braidwater Hall on Waveney Road, home of the North Ballymena Rangers Supporters’ Club.

The Band have paraded throughout Northern Ireland since their formation and hope to host their ‘home’ parade on the 3rd Saturday in September.

On the occasion of receiving their new black and gold uniforms, the band wished to pay tribute to their late member Kenny Cole.

They have also thanked the Allen family for their support since formation and Mr. Clifford McIlwee for his sponsorship of the band’s colour party.