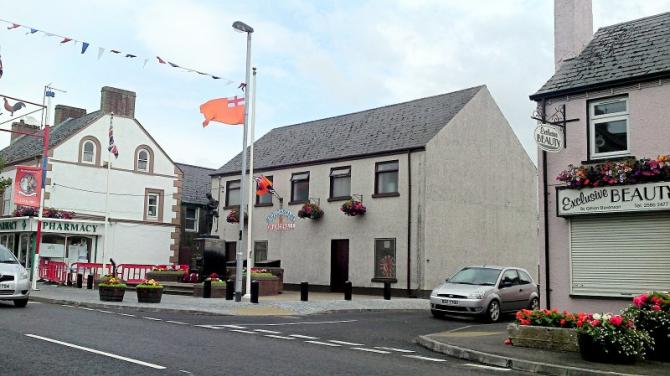 All roads lead to Broughshane on Friday 3rd June for the Big Jubilee Street Party, hosted by the Braid District LOL No 18 to celebrate the Platinum Jubilee.

The main street in the village will close at 12 noon to allow the setup to begin.

Live music will be provided on the main stage from noon, keeping everyone entertained all day-make sure and pack your dancing shoes!

Those who have booked, or pre-ordered tables can then claim their spot on the main street on a first come, first served basis.

There will be a ‘sign-in station’ outside Broughshane Orange Hall where tables can be claimed.

The tables will be adorned with Jubilee tablecloths and each table will receive a Goodie Bag filled with Jubilee balloons, Jubilee Chocolates and more.

A Lodge spokesman said: “We encourage everyone, young and old to dress up in period costume, and to bring as many decorations as they wish to make the day as memorable as possible.

“Commemorative programmes will be on sale to mark the day at a cost of £3.

“A pageant will also take place, consisting of around a dozen bands, vintage tractors, and other notable items from past 100 years of Northern Ireland.

“The pageant will form up on the Broughshane road, close to Fairways and commence around 1.30pm. It will then make its way through the village to the Tullymore road, pausing at the War Memorial for the laying of Wreaths.

“It will then turn around and return to Fairways once again”.

After this, at approximately 3pm, the official street party will commence with the singing of the National Anthem.

The main stage will be directly opposite Broughshane Orange Hall, with local artists, bands and Fifes and Drums playing throughout the afternoon.

There will be bouncy castles, street performers, Godmodex Gaming bus and much, much more available for families throughout the day-all free of charge!

A BBQ will also be available outside Broughshane Orange Hall at a cost of £5 for a burger/hotdog and a drink, as well as several other vendors providing tea, coffee and sweets.

The Braid District wishes to convey our heartfelt thanks to all the volunteers who have worked tirelessly over these last few months to bring this event together.

In addition, our best thanks to Mid and East Antrim Borough Council for their help financially and practically for the event.