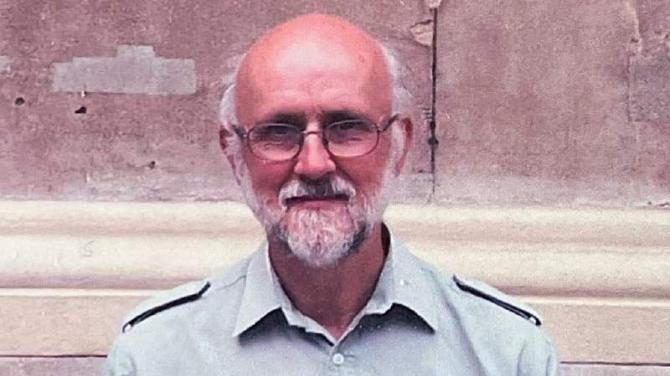 Ballymena Academy has reported, with great sadness, the death of Mr Roger Bromley, who died on 29th April after many years of ill health.

Roger was a member of staff at Ballymena Academy for almost 30 years.

In that time, he was a dedicated teacher of Religious Education and School Chaplain.

He was an enthusiastic organiser of charity work, leading the annual Tearfund Walk, the ‘penny-a-week’ fundraiser and the Rotary Club’s Christmas Appeal.

Roger led the weekly Senior Christian Union, as well as organising CU weekends away and leading many summer trips to Capernwray Hall. I

In Roger's role as Chaplain, he helped pupils, staff and the wider Ballymena Academy community work through some of the harder times the school has faced.

He provided support and encouragement to those who needed it most.

A school spokesman added: “Roger’s humility was an example to us all. He treated others with the upmost kindness and respect, and was a positive influence to so many pupils and staff during his time at Ballymena Academy.

“As a school community we send our condolences to Roger’s family and friends at this difficult time.”

A service of thanksgiving for his life will be held at Millbridge Church, Minehead, Somerset, on Friday 20th May at 2pm