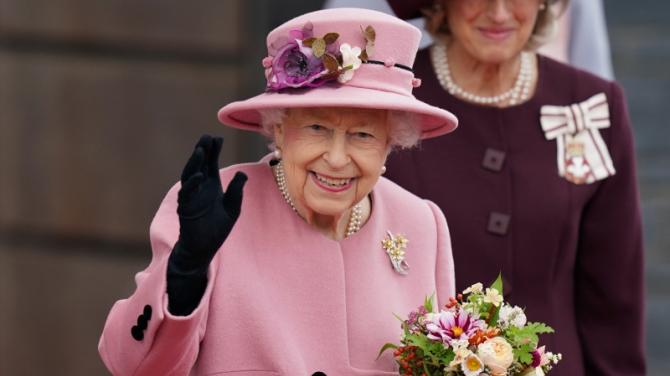 BALLYKEEL 2 and District Community Association have condemned vandals who damaged a commemorative stone which was to be used to mark the upcoming Platinum Jubilee celebrations.

The organisation took to social media to express their dismay at the incident which occurred yesterday.

They posted: “It is with a heavy heart that we have to type this post.

“Plans had been made to officially unveil this stone at a ceremony tied in with the Queen's Jubilee's celebrations in June.

“It had been agreed to place this stone as a focal point in the centre of the Ballykeel 2 Memorial Garden at the bottom of Ballykeel 2.

“The association have just been notified that in less than 48 hours of the stone being laid, that the border surrounding it has been pulled out and the decorative stones have been scattered across the Ballykeel Garden

“This sort of antisocial behaviour in a place that has been designated for reflection and honouring those who have made the ultimate sacrifice will not be tolerated.

“Please help us to make this a better place for everyone and say no to this sort of antisocial behaviour!”