Comedy Club is coming back to Braid Arts centre 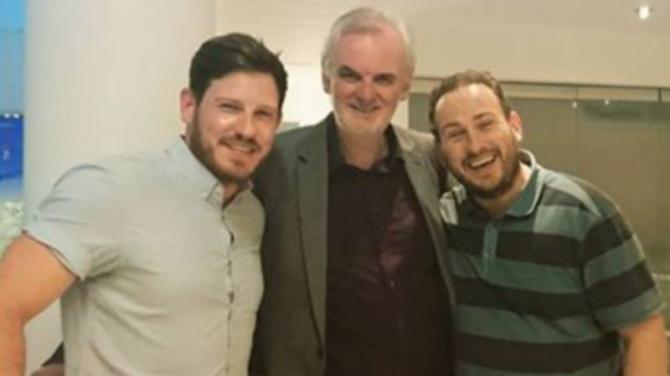 BRAID Comedy Club is coming back - after an absence of a couple of years!

On Saturday, May 14, laughter returns to The Braid (Town Hall) with Andrew Ryan headlining the show.

“It’s been a long time since our last show,” he recalled. “We are keeping our fingers crossed that the public will give us their support. Prior to Covid putting everything on hold we had some great nights, with a packed out hall each time.”

And he quipped that it is the best £5 you will spend for a great night out.

Headliner Andrew Ryan is one of the most exciting talents in recent years; in demand as an act and an MC at the biggest comedy clubs across the UK and Ireland.

His quintessentially Irish storytelling abilities and cheeky, friendly demeanour make him a natural stand up.

In 2015 he was at the Edinburgh Festival with his latest show ‘Perfectly Inadequate’. Selling out his run at the Festival and having to put on extra shows.

He returned again to Edinburgh in 2016 with he new show ‘Ruined’ and the following year he brought his show ‘Did you get here alright?’ to Edinburgh and is now taking it across the UK on tour.

In 2018 he won ‘BEST NEW SHOW’ at The Leicester Comedy Festival with his new show ‘Is everything alright at home?’

Back in November 2019 the Comedy Club held a 10th anniversary gig with 10 comedians each doing a 10 minute stint!