Niece of Fr Darragh appeals for help with genealogy search 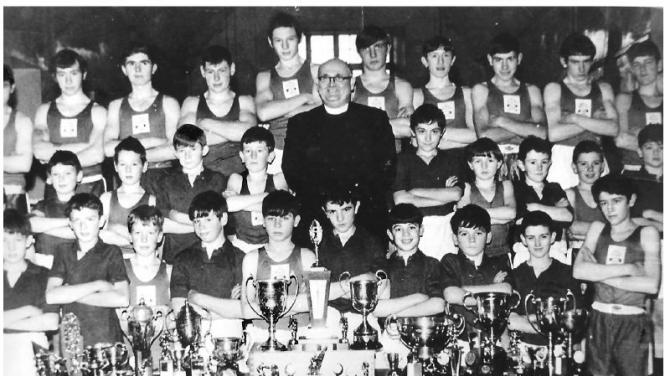 A NIECE of well known priest, Father Alex Darragh, is hoping local people can help her track down some information or stories about some of her family members.

Fr Darragh served the All Saints Parish in Ballymena for a number of years and is well remembered for his participation with All Saints Boxing Club.

He helped out with the club when Liam Neeson was a young boxer there.

Fr Darragh's niece, Anne McPeake, is also seeking stories about her father Mr J Darragh, who was a teacher at St Patrick's, or her grandfather, who was a captain of a ship and died aged 49.

The family lived in Carnlough and had an ice cream shop at the Harbour.

According to the All Saints Parish website, Fr Darragh and Fr Francis Teggart had been appointed to Ballymena in 1960.

"Their efforts had led to a resurgence of Youth Club activities in the Parish.

"They organised a Boxing Club for the younger boys.

"They also organised a Girls’ Club, as well as some mixed activities. A Choral and Drama Society staged the operas ‘Lilac Time’ in 1963 and ‘The Student Prince’ in 1964.

"In September, 1970, Fr Darragh, who had been Curate since December 1960, was appointed to St Peter’s Belfast and was replaced by Father Felix McLaughlin CC Cushendall."

Anne is exploring genealogy and is eager for any information any parishioners, former pupils or boxing club member may have.

If you can help Anne with any memories, please email anne.mcpeake00@gmail.com