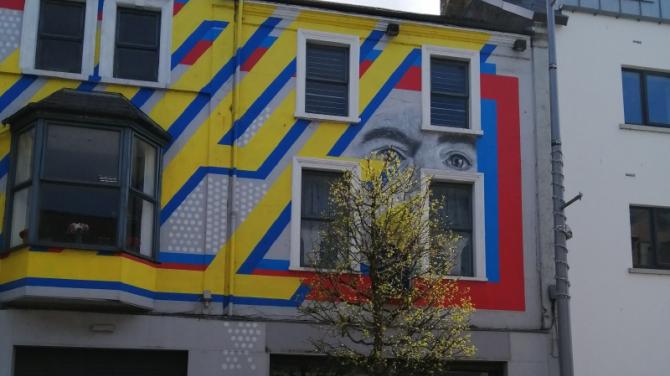 BALLYMENA’S Hope Centre will be re-opening after a closure which has lasted around two years.

While the name of the Broughshane Street premises will remain the same, the primary object of the centre - which was intially aimed at helping substance addicts and their families - has changed.

A spokesperson said: “It is no longer under the Family and Addiction banner and will initially operate as a Christian Drop-in for coffee/tea and will be open, to begin with, Monday-Friday from 10am – 2pm.

“The official opening will take place on Tuesday ,May 3.”

The spokesperson continued: “The rest of the building, which is extensive, will open little by little as time goes on.

“Terry Harkness has taken this project on and appointed Doreen Armstrong [recently the manageress of the Salvation Army shop in Broughshane St] to look after the drop-in area.

“Positioned in the town centre the Hope will be a neutral venue which will offer a friendly and welcoming environment.

Prior to the public re-opening, the centre will host a “Families at Risk” event with the PSNI and three key charities working with families in NI.

A spokesperson said: “This valuable opportunity, facilitated on behalf of the PSNI in Ballymena, is specifically for church leadership in the Ballymena area and for outreach groups and ministry team leaders.

“Three key charities - Safe Families, Home for Good and Women’s Aid - will be there to help provide an understanding of the roles their organisations play and how families could be helped in our communities.

Among the social challenges to be addressed will be topics such as the family unit coming out of a pandemic, the impact of food and fuel prices rises and the increase in the numbers of families slipping into poverty.

Superintendent Michael Simpson and the new Vulnerability Inspector Marc Riddell will be among the speakers.

Superintendent Simpson will also introduce the new Superintendent, Gillian Kearney, who will be replacing him soon.

Over 40 Church, Outreach and Ministry leaders are expected to attend.