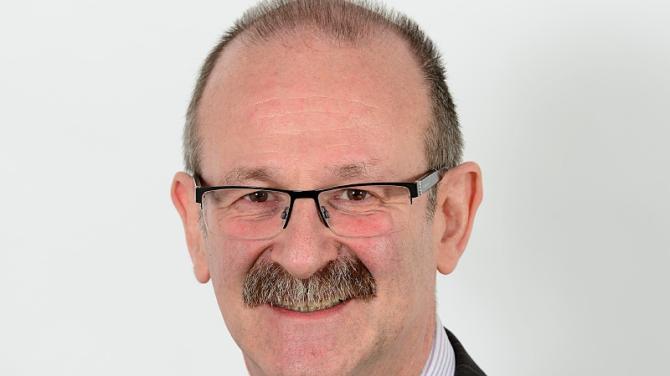 The Honours List recognises the achievements and service of extraordinary individuals across the United Kingdom.

Throughout the pandemic Ivor was involved in management of burials, ensuring they were conducted safely and respectfully in line with restrictions.

He also co-ordinated the community effort to plant and water summer bedding to ensure that colour was brought to the Borough during the most difficult times.

Ivor then moved back to become Assistant Manager at the Seven Towers Leisure Centre.

Ivor, who is an Elder at Cullybackey Reformed Presbyterian Church, then moved on to Antrim Council, now Antrim and Newtownabbey Council, where he was an Assistant Director.

He was to have retired just prior to Covid-19 appearing on the scene, but remained in his post throughout, helping out in what ever way he could.

Ivor said it was a “huge shock” for him when the letter came through his letter box telling he had been nominated for the award.

“At first I thought it was a wind-up,” he said. “But when I realised that it was genuine I was over the moon. I certainly was not expecting such a thing to happen to me. I feel very, very honoured.”

Mayor of Antrim and Newtownabbey, Councillor Billy Webb said being recognised in the Queen’s New Year’s Honours List is a superb achievement, and congratulated all recipients.

“I would like to especially congratulate those from our Borough and those who contribute to the lives of our residents.

“These prestigious awards demonstrate the hard work and dedication each of the recipients have to their services,” he said.

“This recognitions is something they should be extremely proud of.”