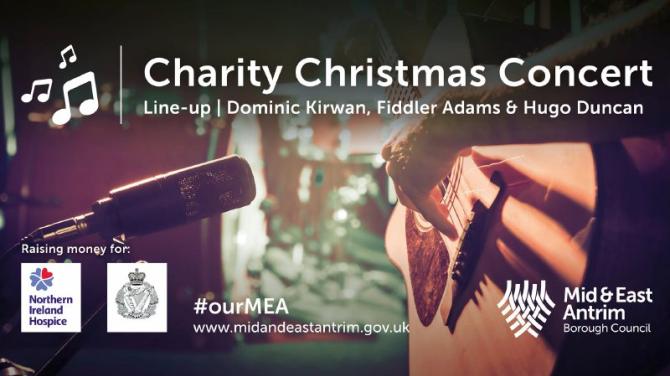 THE Mayor of Mid and East Antrim is hosting a Charity Christmas Concert on Saturday 4th December in the Braid Arts Centre, Ballymena.

The evening will be compered by well-known comedian William Caulfield.

Taking to the stage will be singers Dominic Kirwan, Hugo Duncan, Fiddler Adams and many more.

Proceeds from the event will go to the Mayor’s chosen charities, the Northern Ireland Hospice and the Royal Irish Regiment Benevolent Fund.

Speaking ahead of the concert, Mayor of Mid and East Antrim, Cllr William McCaughey, said: “I am delighted to bring together this array of well-known musicians.

“The concert will offer an evening of fantastic entertainment in the run up to Christmas and all for a good cause. I look forward to seeing new and familiar faces at the concert for both of these very worthy charities.”