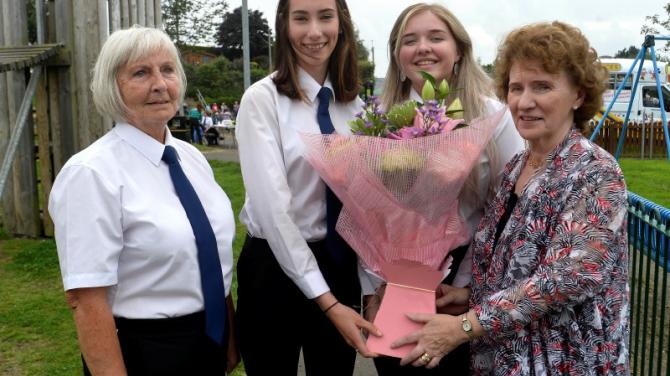 2021 is their 60th Anniversary as an Accordion Band and an Ulster-Scots event was organised to mark the occasion.

The event =at the outdoor area of Portglenone Marina, situated on the Gortgole Road, adjacent to the Community Centre.

The award-winning Broughshane and District Pipe Band performed, showcasing their piping and drumming talent, under the guidance of their esteemed Pipe Major, David Reid.

Dunnygarron Lambeg Group and Friends also perform for the public, bringing along the sounds of the fife as well, demonstrating the vast array of talent amongst their ranks.

Betty was responsible for compiling the book and it contains 150 pages of stories, photographs and poems about Milltown Accordion Band’s journey over the last 60 years.

Milltown Accordion Band concluded the event by performing for the public to showcase their own Ulster-Scots journey that they have undertaken in the past number of years, under the direction of their talented Musical Director, Edith Reid.