OBITUARY Colin Patton: a man who left an indelible mark on Randalstown 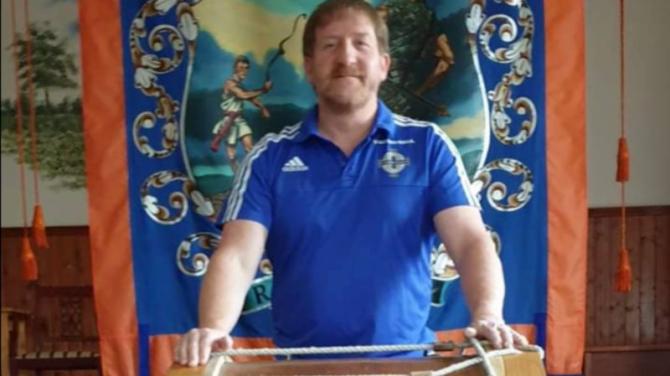 A DEVASTATING blow was dealt to the Ulster Scots and Loyal Order community last week as Randalstown mourned the loss of one of its finest sons.

Colin Patton, or Ginger as he was affectionately known to his many friends, sadly passed away the weekend before last.

Colin was an inspiration to us all, a gentleman who was always ready with a smile and a handshake and warm words of encouragement.

He was a man who remained positive no matter what the odds and he was always willing to lend a helping hand to those in need.

He touched the lives of so many people and he will never be forgotten.

Colin was a faithful and dedicated member of the Orange Order and Apprentice Boys Of Derry.

He was a Past Master of Caddy LOL 1124, formerly a member of Fenton’s Invincibles LOL 1104, and a Past President and Past Chaplain of ABOD Randalstown Walker Club.

He loved these two organisations immensely and was always in regular attendance at meetings and parades.

He was also District Chaplain of Randalstown District LOL No. 22.

Colin put a lot of effort into the maintenance and upkeep of Caddy Orange Hall, whether it was painting walls or planting poppies.

More recently he created a First World War display at the hall, honouring the men from the local area who paid the ultimate sacrifice.

Colin was never found wanting when it came to keeping alive the memory of our forefathers and handing down their legacy to future generations.

He dedicated much of his time to researching the regiments and men who served in the trenches and travelled to the Somme on a number of occasions where his knowledge of those who served was of great value.

Colin was a historian and many would turn to his remarkable expertise on several occasions.

In September 2019 he visited the Somme once again with Randalstown Apprentice Boys of Derry where he played laments at the graves of fallen servicemen.

It was here that Colin was in his element and nothing made him more proud.

Colin was musical and another passion of his was the Lambeg Drum. He was a central figure in Caddy Fife and Drum Club and every Twelfth day could be seen either beating the Lambeg or blowing the fife.

He would teach many to play the fife and drum through his tuition classes out at the Caddy.

Colin was fiercely proud of his Ulster Scots heritage and was an avid piper, playing the bagpipes at Burns evenings and Acts Of Remembrance.

In August 2019, he piped the lament for Randalstown ABOD at the Club’s Act Of Remembrance prior to leaving for Londonderry.

The pipes even accompanied him to the Maiden City where he carried them on parade for the whole day.

Colin played the guitar as well and wrote many songs and ballads about the Great War and those who served.

Outside of the Loyal Orders, he served as President of Old Bleach Bowling Club and played for Randalstown Sky Blues FC in his youth.

He was also active within the Royal British Legion and could be seen on parade in Randalstown every year on Remembrance Sunday.

Colin was a true stalwart, friend, brother and Ulsterman.

His zeal for history and his contribution to the Loyal Orders will never be forgotten and the Randalstown community is all the poorer without him.

We tender our deepest sympathy to his wife and wider family circle at this difficult time.