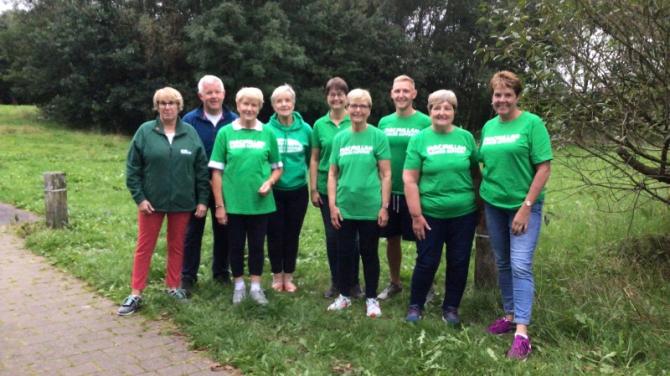 LAST week’s Walk, in memory of Broughshane woman Diane Murdoch, has raised a considerable amount of money for Macmillan Cancer.

Family and friends turned out in force to support the occasion last Wednesday night (August 18) at Ecos.

The late Diane Murdoch passed away peacefully at her home at Knockboy Road on Friday, May 8, last year.

Diane was a member of the Home Industries Committee at Ballymena Show, helping out with the setting up and organising

She was a keen member of Broughshane Women's Institute, having been Correspondence Secretary for several years, and was Vice-President and then President in 2018.

Diane won the Friendship Cup on several occasions and was a regular home baking competition winner.

The Broughshane woman represented the Slemish Area on the Home and Garden Sub-Committee of the Federation of W.I. and was nearing completion of her second term.

On many Thursdays throughout the year Diane volunteered at the senior citizens Luncheon Club in Broughshane Community Centre.