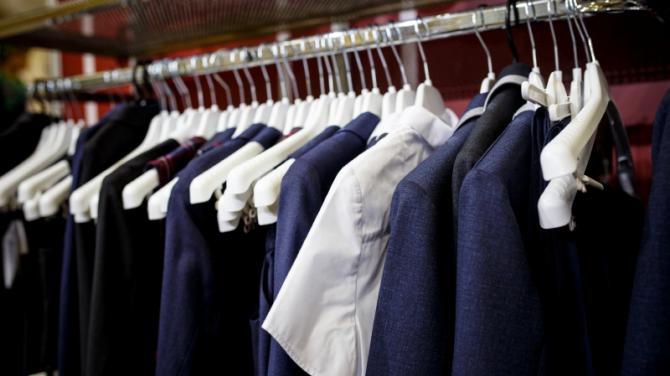 Initially piloted in 2019, this growing scheme is in partnership with Mid and East Antrim Community Advice Services (MEACAS) and supported by Volunteer Now.

It can cost more than £300 per child to buy school uniform ready for the new academic year.

The rising cost of school uniforms can be a source of emotional and financial stress for many low income families.

It can also mean grammar schools are not an option for some of the borough's 30,000 schoolchildren.

In some cases, families have described having to choose between eating and getting their children kitted out for school.

It can also push families into debt, with some saying that they have had to turn to loan sharks.

Mayor of Mid and East Antrim Borough Council, Cllr William McCaughey said: “Sadly, the rising costs of school uniforms can be a deciding factor when choosing a school.

“Many lower income families have said that the cost of a grammar school uniform is prohibitive, widening the disadvantage gap. Council, and our partners, want this to change and continue to work hard to fight poverty in our borough.

"This year the scheme has helped 173 families, gifting 1156 school uniform items, and has been a true reflection of the effort our community and staff have provided to help families ensure their young ones are ready for the new academic year.

"A huge thanks goes to all those who generously donated school uniforms to our five Household Recycling Centres during the donation fortnight in July."

The Northern Ireland Poverty Bulletin published for the financial year April 2018 to March 2019 states that 24% of children in Northern Ireland are living in poverty, which is approximately 107,000 children, almost a quarter of all children.

This is a stark figure given that the true economic impact of the Covid-19 pandemic has yet to be seen. It is anticipated that with the Government’s furlough scheme ending, a rise in unemployment is expected later this year.