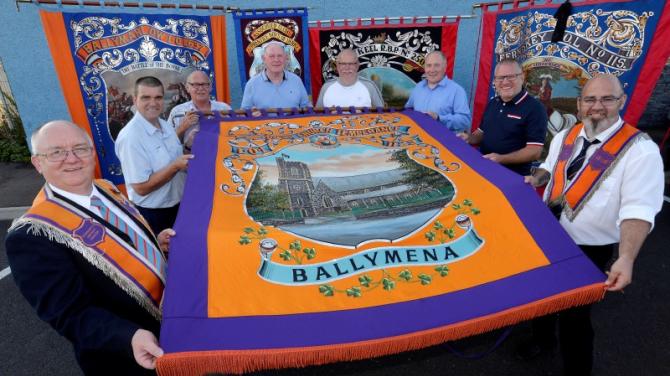 The Ballymena NI 100 Banner Parade will commence at Wakehurst on Saturday at 2pm.

Many of the leading bands from all over Northern Ireland have signed up to take part in the parade which could be one of the biggest staged since the onset of the Covid 19 pandemic.

It is expected that around 40 plus bands will parade with thousands of spectators expected to line the route.

Each banner will be accompanied by a team of relief carriers.