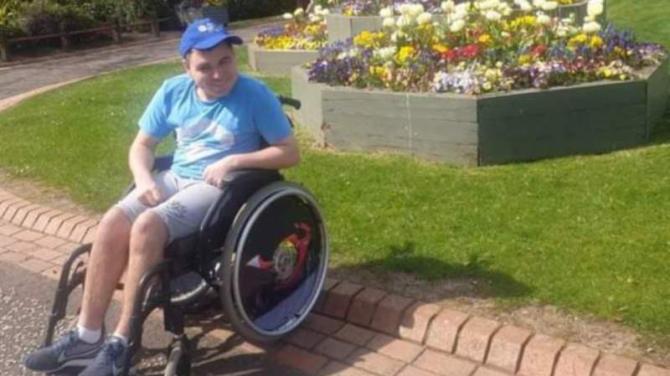 A disabled Ballymena man is hoping to raise funds for a local children’s charity through a truly inspiring sponsored walk later this month.

Connor McDonagh will get up from his wheelchair and take on a gruelling route of one mile around Ballymena town centre.

Every step of that journey will require a huge mental and physical effort. In simple terms that one mile will feel like a marathon distance - and that’s an understatement.

Connor, who has cerebral palsy and suffers from epilepsy, wants to give his support to the Mark Lynn CHD Foundation which raises funds to help children who suffer from serious, often life-limiting, health conditions.

A gofundme page has already been set up to allow donors to make their contributions to support Connor in his heroic efforts.

Donna Lynn, founder of the Mark Lynn CHD foundation, said she had only word to describe Connor.

“He’s a hero,” said Donna. “He’s ditching his wheelchair and walking a mile on August 28 to support Mark's Foundation. I for one will be there that day to support him and his mum Janette so please show your support, every penny helps put a smile on a sick child’s face.”

Connor’s mum Janette said: “Connor has cerebral palsy and has very poor balance. A mile might not seem like a lot but to Connor it will feel like a marathon.

“We wanted to give something back to the Mark Lynn Foundation for the great kindnesses they show to so many sick and disabled children.

“Sadly Mark passed away in 2018 Aged just 8 years old and Mark's family set up this foundation in his memory so they could help so many other children with chronic illness including Connor.

“So please if you could sponsor Connor anything at all for his walk it would be very much appreciated by myself and Mark’s family.”