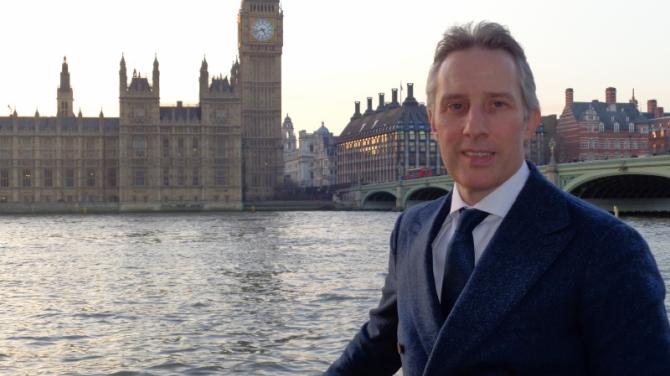 North Antrim MP Ian Paisley has issued a statement contending that his controversial onstage chant about Robin Swann was ‘comedy and sarcasm’.

The incident took place at the Europa Hotel on Thursday night.

Originally there was to have been four gigs by Sir Van in The Europa, but these were cancelled.

The chats were directed at the Health Minister, saying he “is very dangerous.”

Sir Van has been an outspoken critic of Covid-19 restrictions.

He took to the stage and addressed about 140 people who were at the dinner event after the gig was cancelled.

Sir Van referred to previous comments made by Mr Swann, in which he described the singer as dangerous.

In a video taken at the event on Thursday night Sir Van can be seen inviting Mr. Ian Paisley onto the stage, who then is said to have joined him in the chant: "Robin Swann is very dangerous."

After a flood of cricitism, the MP said he had been put on the spot and called to the stage and tried to bring matters to a close by referencing some of Van Morrison’s music.

“What was parody, comedy, banter and sarcasm should not be blown out of all proportion. I certainly don’t belive Robin is dangerous. I think the parody and sarcasm of that comment is obvious!

“Remember last year the Department of Health labelled a song dangerous and I think Van is entitled to parody that.

“We are all entitled to our own view onhow the lockdown has been managed.

“I’’m sure some will take offence - as with all things - but none was intended on may part.”

Meanwhile, the hotel group had hoped to have the concerts classed as test events, but had to call them off on the advice of the Executive Office.

Mr Paisley had been critical of the executive's decision making when speaking after news of the concert's cancellation emerged.

Mr Swann described the songs as dangerous and said if Sir Van had scientific facts he should present them.