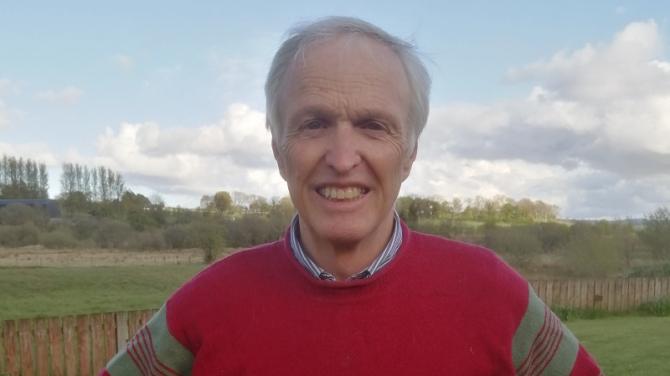 A Ballymena man has set out on a a third ‘ascent of Everest’ today (Saturday, June 19)

Canon Stuart Lloyd’s ‘Everest Expedition’ is actually taking place at Slemish - and it's going to be a gruelling challenge for those taking part as it will entail climbing the Co. Antrim mountain 50 times.

Canon Stuart Lloyd has accomplished this twice before.

This time, as he admits to getting older, he is going to take a week to reach his goal.

So, between 19th – 26th June he is going to climb Slemish seven times each day with an extra ascent on the last day.

The ‘Everest via Slemish’ project is being undertaken to raise awareness and support for various mission bodies in Nepal.

Canon Lloyd’s niece and husband have been serving in Nepal for over 25 years and he and his wife have visited the country on numerous occasions.

The project is being sponsored by St Patrick’s Church Ballymena where Canon Lloyd was rector for many years.

Presently he is a member of St Patrick’s Church, Broughshane and that church is a sponsor as well.

Not to be out done they are joined by St Patrick’s, Coleraine where Canon Lloyd also assists.

Thus the 3 St Patrick’s are engaging with “his mountain”

Canon Lloyd would welcome any climbers to join him.

Already some have volunteered. He would also welcome donations.

These can be made through the three churches or through Just Giving - St Patrick’s Church Broughshane.

The Covid situation in India has been vividly portrayed through the media.

Nepal also has suffered a similar second wave and hospitals and other services have been overwhelmed.

The mission bodies being supported by this project are struggling to meet very difficult challenges. Help offered from this part of the world will be a great encouragement.