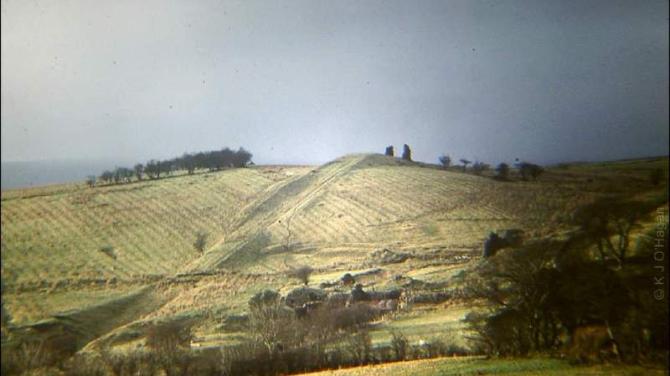 They will soon be opening two new walking trails funded by the Rural Development Programme.

The trails, at Broughshane and Cargan are being developed to conserve and animate local industrial heritage for visitors and the local community.

The virtual clampdown on non-local travel has witnessed a huge surge of interest on what we have on our own doorstep and the new trails will be warmly welcomed by those who like to combine historical discovery with a bit of health and fitness!

The ‘Broughshane Heritage Trail’ will bring to life the rich history and heritage of the mill industry in the area whilst the trail at Drum Wood in Cargan will interpret the iron ore mining industry.

The stories and history of both sites will be captured through interpretive panels along each route.

Our picture opposite, which shows the Inclined Plane at Cargan (The Drum) was taken by local Mining Historian and Author, Kevin O’Hagan.

The use of inclined planes for transporting ore in mountainous areas is a common practice and many examples of them remain today, particularly in Wales, and traces of others can still be seen in County Antrim.

Mining in Co. Antrim played a significant role in the economy of the area in the 19th Century, in railway construction and through this, in the growth of tourism in the Glens.

More people are now being attracted to explore such sites through outdoor activities such as rambling, cycling and general sightseeing.

In recent years, disused railways are increasingly being developed into greenways. Many mining features can still be seen - from extant buildings to abandoned workings.

Public awareness of mining heritage is vital for its preservation and could be promoted through exhibitions, talks and walking tours.

Industrial Heritage was identified as a common theme which we and Waterford Leader Partnership CLG could develop cooperation projects.