Friends of ECOS are back in business 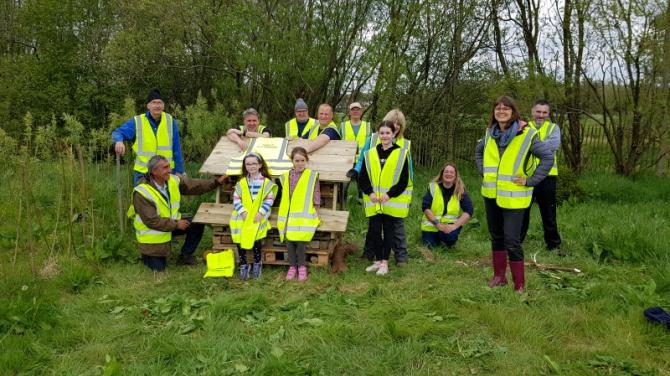 WITH lockdown restrictions easing, the Friends of ECOS in Ballymena have returned to work in earnest.

They had a good turnout with the group dividing into two work parties.

Chris Wood, of The Conservation Volunteers (TCV, ) led the larger group in the Sensory Garden.

A children’s fort has been constructed together with a bee and insect hotel.

This project was due to be completed last year but, because of regulations on numbers who can meet outdoors, is only finishing now.

A smaller group went to work in the Devenagh Burn which runs from ECOS Lake into the Braid River.

Four shopping trollies and other large items were successfully removed from the burn together with another trolley from the Braid itself.

Over the Winter and early spring 3,000 native species trees were planted at several locations within the park.

Friends of ECOS have also organised a litter picking subgroup which had made real inroads into the litter problem in the park.